Charles Crichton is perhaps best remembered as the director of the unlikely blockbuster hit A Fish Called Wanda, made when he was seventy-seven years old. But the most significant part of his career was spent at Ealing Studios in the 1940s and 1950s, working on such beloved comedies as Hue and Cry, The Lavender Hill Mob and The Titfield Thunderbolt. Nonetheless, as this pioneering study of Crichton's work reveals, his filmmaking skills extended way beyond comedy to wartime dramas and film noir, and his adaptability served him well when he made the transition into primetime television, working on popular shows as The Avengers, Space: 1999 and The Adventures of Black Beauty. Featuring first-hand testimony from colleagues ranging from Dame Judi Dench and Petula Clark to John Cleese and Sir Michael Palin, this riveting account of Crichton's fascinating life in film will appeal to film scholars and general readers alike.

Quentin Falk is an author, critic and former editor of Screen International and Academy, the BAFTA journal. He has published numerous books, among them studies of Anthony Hopkins, Albert Finney and Alfred Hitchcock. 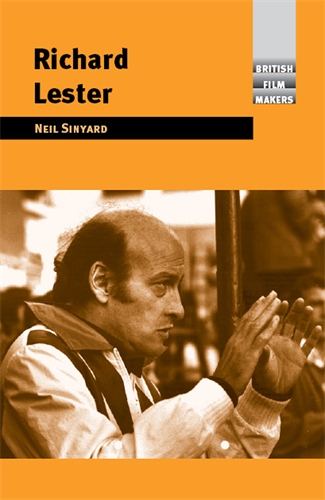 Sex and desire in British films of the 2000s