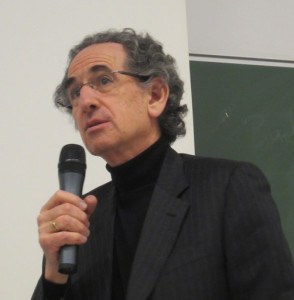 Governments need to recognise the huge impact that cities have on the 21st century global economy, says Josef Konvitz

If cities are the motors of the economy, why have they been neglected in strategies of recovery? Macroeconomic and sectoral policymaking remain spatially blind.

During the great depression there was a strong urban agenda – not today, even though the percentage of people living in cities is twice as high. Neither the public nor the private sector appears to have a strategic vision for cities (beyond ‘competitive’, ‘smart’ or ‘green’) that might commit vast sums for transport, water, energy, education, healthcare, environmental services to 2030 and beyond. We do not need to look further to know what the new limits to growth are.

The annual rate of physical change in cities of 1%-2% that was characteristic of the post-1945 era is no longer adequate. It cannot cope with the urban transformation necessary to reduce the infrastructure deficit, improve productivity, cope with known and emerging risks, increase housing and undertake an energy transition.

Managing space better has become imperative – but it runs against regulatory barriers, sectoral silos, impediments to better multilevel governance. The framework we have for policy and its implementation evolved in the 20th century to meet a different set of demands from those we face today. It worked very well for decades but is now part of the problem.

Stronger urban economies are not our only challenge. Natural catastrophes are more frequent and costly. Global climate change raises huge questions about how city-regions can be adapted, perhaps within a generation, to dramatic changes in energy use and lifestyles on a scale not seen for decades. Crises – environmental, health, social, even economic – will expose cities to global, cross-border risks for which governments and societies are perhaps no better prepared than they were for the global financial crisis of 2008. At least cities are more resilient than the makers of many films that feature their destruction would have us believe.

We are at a point of rupture. There is no going back to where we were in 2008, nor should there be. A mere jiggling of interest rates or marginal budget reallocations will not be enough. Infrastructure investment must be increased by at least a quarter in developed countries just to cope with what cities need now – and this does not take account of climate change adaptation.

The level of uncertainty is higher than it has been for many years. Cities are not in crisis; the problem is that, cumulatively, crises affect the level of investment in cities, and the hopes and fears that people have about their futures. The threat is not uncertainty as such, but unmanageable, paralysing fear, in an era which is more conscious of social, economic and environmental risks.

Once in a century, the basic objectives and operational rules of economic governance change, making a new phase of urban development easier. The term paradigm shift is overused but in this case it may fit.

A paradigm shift – which usually takes a generation – won’t come easily, and may not come soon. Historically, it is the product of multiple, destabilising and overlapping crises – exactly the situation we confront. The last epochal paradigm shift was over a century ago, when electrification, the modern regulatory state and high-rise engineering built the cities of the second age of globalisation.

Every great paradigm since the 16th century has helped to control collective fears and realise hopes. Our collective fear now is of our social fragmentation, which makes collective action difficult, even when we know enough to reduce the hazards and manage the risks to which cities are exposed, and to boost their capacity for resilience. In the 21st century, the third era of globalisation, cities are interdependent as they have never been before.

Interdependence breaks down the legal fiction that a sovereign nation-state is master of its own house. We are left with the paradox that urban development will benefit from greater decentralisation within nation-states, whereas the reduction of risks to cities depends on strengthening the capacity of nation-states to cooperate.

Originally posted on the Centre for Public Impact website.

Josef Konvitz’s new title, Cities and Crisis has just been released by MUP.