Leonora Carrington and the International Avant-garde

‘“Do you happen to have any bad meat over there that you don’t need?”

Leaning out her window, the narrator of Leonora Carrington’s short story “White Rabbits” encounters her New York City neighbour, who has emptied a large dish of bones onto her second-floor balcony.

“Any what?” the narrator calls back, wondering if her ears had deceived her.  The conversation continues:

“Not at the moment,” I replied, wondering if she was trying to be funny.

“Won’t you have any towards the end of the week? If so, I would be very grateful if you would bring it over.”’

The short story, published in the New York City-based arts magazine View in December 1941, is a testament of sorts to artist-writer Leonora Carrington’s rocky emigration to the United States during the war. She arrived in summer 1941 after a gruelling incarceration in a Spanish mental hospital, where a doctor diagnosed her as “incurably insane” after her escape from Nazi-occupied France.

Neither insane nor ever fully curable, Leonora Carrington (1917-2011) was one of the most strikingly original artists and writers of the twentieth and early twenty-first centuries.  In her visual art, as well as in her fiction and other artistic creations, she confronts the horrors of the contemporary world—as well as the mysteries of the ancient past—with a characteristic dash of wit. Born to a semi-aristocratic family in England, she took up with the surrealists in Paris after her artistic training revealed a promising line of imaginative and spiritual flight. The war took her to New York, and from 1945 until her recent death she lived in Mexico City, where her life and work will be celebrated this April, in honour of her 100th birthday.

“Of all the artists I have ever met and known, Leonora has crossed more frontiers and passed over more mountain ranges than any other, and sailed across more deeps.” So writes the English poet Edward James, Leonora Carrington’s friend and patron, in a 1976 exhibition catalogue. James was referring not only to the vast geographical distances travelled by the artist-writer over the course of her long career, but to other terrains of experience as well: from experiments in new media to explorations in hermetic literature and occult wisdom; from field research into pre-Columbian myth to her own encounters with madness. However peripatetic this intellectual Odyssey may have been, Carrington’s work left a profound impression on the experimental literary and artistic movements with which she came in contact. Her singularity as a writer and artist of imaginative virtuosity is matched only by the breadth of her affiliations with the international avant-garde. 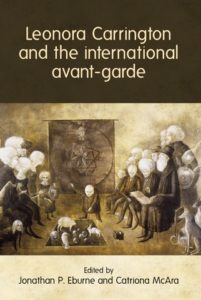 ton and the International Avant-Garde includes  intergenerational perspectives on Carrington’s long career, featuring essays by established experts in the field of surrealist art and literature as well as by a new generation of Carrington scholars. The award-winning novelist Chloe Aridjis, a long-term friend of the Carrington family, offers two experimental contributions to the volume, including a visual essay composed in collaboration with curators at Tate Liverpool that documents their recent exhibition Leonora Carrington: Transgressing Discipline (2015).

Leonora Carrington and the International Avant-Garde marks the wealth of publications, exhibitions, and new networks of artists and thinkers that are emerging in the centenary year of Carrington’s birth. Such material includes a forthcoming film, And Then We Saw the Daughter of the Minotaur, produced by Aridjis and Josh Appignanesi; a biography authored by Carrington’s cousin Joanna Moorhead; and two compendia of Carrington’s fiction, The Complete Stories published The Dorothy Project and The Debutante and Other Stories by Silver Press (UK) and NYRB (US). Leonora Carrington and the International Avant-Garde contributes to this exciting re-engagement with Carrington’s body of imaginative work, offering the first scholarly volume to examine her work across artistic media: from painting and writing to plays, children’s stories, magazine writing, assemblage, and textile. The research featured in this volume presents previously unseen material and offers new methodologies for understanding Carrington’s vital role in experimental artistic movements around the world. Her collaborations with Alejandro Jodorowsky and Remedios Varo, for example, are explored in depth, and her own artistic practice is discussed in its full multi- and inter-media richness.

During this contemporary moment of encroaching conservatism and the perceived narrowing of intercultural relations and international movement, we need Leonora Carrington’s imagination now more than ever. “There are things that are not sayable,” she tells us in a late interview. “That’s why we have art.” 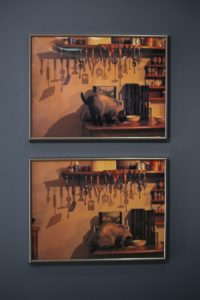 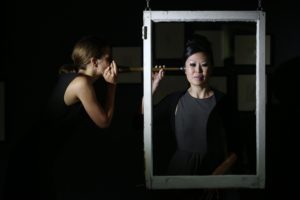 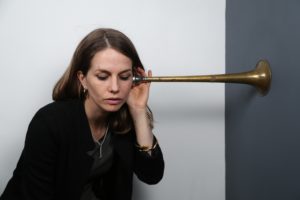