By Lucy Robinson, author of Gay Men and the Left in Post War Britain: how the personal got political.

Forty years after the ‘swinging sixties’ and sexual liberation it seems that the boundaries around sexual liberty are still highly contested and contradictory.
The lines around what is and isn’t legal or acceptable do seem more blurred than ever. This hasn’t been helped in some ways by the recent changes to the Sexual Offences Act which have left criminal offence very much in the eyes of the offended. On the one hand, commercialized sadomasochistic imagery of Betty Page and Dita Von Teese are popular to the point of ubiquity, cheap confessional chat shows are filled with tales of resisted monogamy, and the life of Mary Whitehouse made a recent rather jolly television comedy starring Julie Walters. In the academic world the new historians of sexuality are demonstrating the varieties of ways in which sexuality and sexual politics can unlock History and students are grabbing the opportunity to take courses that focus on, rather than briefly skirt over, the sexual past.

Yet on the other hand, as the new laws on extreme or violent pornography and the case of Max Mosley show, some perversions really are more acceptable than others. It might be ok to play around with fluffy handcuffs at Ann Summers parties, but heaven help anyone who engages in the practices and identities around the more challenging end of the sexually transgressive scale. 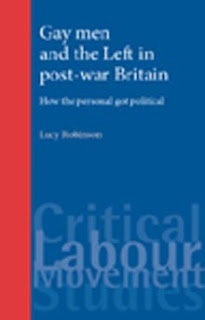 The celebration of sexuality in the Erotic Awards’ performance categories works with the more explicitly writerly, activist and political categories. Because they celebrate the consensual, the nominees, Outsiders and the Leydig Trust, also have an important role in highlighting and challenging the coercive and showing how publicly important the private worlds of sex can be. Each nominee represents one of a possible variety of ways in which sexual freedom can be envisaged and expressed. I will just suggest three possible examples from this year’s nominees. Joy, one of the finalists in this year’s Striptease category, has a background in the International Union of Sex Workers and was herself first inspired to strip by the awards. She has since performed her act for disabled audiences and is now setting up the London Erotic Film Festival which will function as a fund-raiser alongside the awards and Night of the Senses. Katie Sarra, a finalist for Artist of the Year, epitomizes the ways in which practitioners, activists and academics have refocused their gaze on the construction and reconstruction of the body. In her work ‘witnessing in paint the right of passage that tattoos symbolise’ the body is no longer the constant bit on to which we map the social construction of gender, it is itself a space to be reformed, re-performed and re-examined. But I think that the awards’ specific relevance is perhaps most startlingly demonstrated by two of the nominees in the Campaigners category. Robbie Swan’ and Fiona Patten’s book Hypocrites was published by the Eros Foundation in 2000. Hypocrites raised awareness of the levels of abuse by church clergy in Australia and inspired a mass rally in Sydney. On the back of this Pope Benedict XVI apologized to those victims of abuse during his trip to Australia in July this year.

In May the awards held a showcase of the nominees in the performance categories at the Clapham Grand. I took my friend the documentary maker Daisy Asquith as my guest and we had a front row view of the acts. The showcase was introduced by the world’s most talented MC Mat Fraser and opened with the Oddballs and their ‘Balloon Dance’ which I had last seen in the comedy tent at Glastonbury at some point in the 80s. Whilst the more mainstream approach found on hen nights and in high street strip clubs was well represented at the showcase, Burlesque aesthetics and innovative historical and cultural allusion held the spotlight. The cultural historian in me appreciated Syban V Manticore’s swan lake en point , Suzie Q’s Harlem Renaissance , classic Burlesque from Miss Bijou Noir, Tiffany’s embodiment of a 40s living (pin-up) doll, and Lazlo’s exploration of consumption (think La Grande Bouffe) which was sexy, funny and clever and as Mr Fraser said, included the best reveal I’ve ever seen.

Lucy Robinson is currently a Lecturer in Modern British History at the University of Sussex.