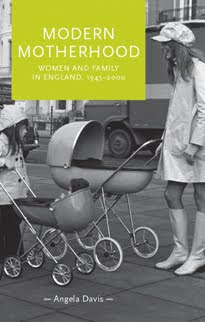 Much of the lively discussion surrounding the anniversary of ‘Fifty Years of Motherhood Manuals’ centred around Angela’s findings taken from her book ‘Modern motherhood’, published last week.

Find out more about Modern motherhood.