This week, BBC Radio 2 celebrated all things folk, with its annual award show.  Held at The Glasgow Royal Concert Hall on the 30th January, the event was part of the Celtic Connections festival, a winter music festival in Glasgow, which features artists from around the globe alongside the best Scottish talent.
Musician Nic Jones, who only returned to live performance last year following a long rehabilitation after a car crash in the 80s, won folk singer of the year. The 11-piece band Bellowhead won album of the year, Scottish band Lau were named band of the year, while Billy Bragg and Roy Harper were honoured with lifetime achievement awards. A full list of all the winners can be found on the BBC Radio 2 website. 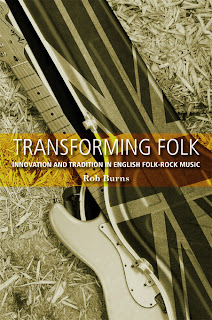 To celebrate this year’s Folk awards, we’re offering a special 15% discount off Transforming folk: Innovation and tradition in English folk-rock music by Rob Burns, and Journeyman:An autobiography by Ewan Maccoll.
To take advantage of this offer, simply contact our distributors on +44 (0)1752 202301, or email [email protected], quoting the discount code OTH336. Offer expires 28/02/2013.