In less than a fortnight, on 4th September 2016, the leaders of the world’s twenty largest economies – the so-called G-20 – will meet in the city of Hangzhou, China. Whatever else makes it into the Summit’s final declaration, one policy is already agreed: greater private investment in “infrastructure” – from roads, ports and railways to power stations, hospitals, schools and the like.

It all sounds so unobjectionable. If governments haven’t got the money, let the private sector do the financing. What difference does it make if a road or a hospital is built with private or public money, just so long as it is built?

Except that what if a privately-financed road is no longer a road; what if it is a toll road – an altogether different entity.

Except that what if a hospital built and operated by the private sector is not where the sick go to be healed, but a conveyer belt of patients whose processing rings a cash till.

The G20, the World Bank and other promoters of private sector infrastructure investment would prefer not to talk about such financial extraction. Small wonder: the returns sought by private investors are jaw-dropping – typically 25% a year for infrastructure investments in the global south. Such profits are generally achieved only through considerable violence to peoples’ lives and livelihoods. To speed up the throughput of patients in privately-run hospitals, for example, sick people have been subjected to management techniques pioneered in factory production lines. At one privately-managed (but still publicly-owned) National Health Service hospital in the UK, patient care was judged so inadequate that the hospital was eventually placed in ‘special measures’ by the UK’s Care Quality Commission.

But for private investors, the profits are considerable. Back-of-the-envelope calculations suggest that private investors reap considerably more from infrastructure than the $100 billion they put into actual projects worldwide every year – perhaps more than twice as much. The main beneficiaries are (surprise, surprise) the 1%, who hold nearly 80 per cent of the world’s financial assets. And amongst this group, it is fund managers who probably benefit the most. For poorer people, the cost is higher (often unaffordable) tariffs as paying for infrastructure shifts from general taxation, a system in which the rich are obliged to help others, to a system in which the less well-off are obliged to pay rents to the rich.

This is such a different narrative to that spun by the G-20. Far from the private sector coming to the rescue of the public, the reverse is the case. At a time when there is, in fact, too much money sloshing around the system in search of fewer and fewer profitable investment opportunities, governments are obligingly re-engineering infrastructure to provide investors with above average profits, mostly at the public’s expense.

Key to such re-engineering is the provision of publicly guaranteed income streams, notably through public-private partnerships (PPPs). These PPPs come in many forms – but they all have one crucial feature in common: they provide private companies with contract-based rights to flows of public money for many years, if not decades. As such they provide the stable, contracted income streams that private investors demand of infrastructure. Indeed, without such guarantees, a road or a pipeline is not even considered by finance to be ‘infrastructure’.

The guarantees provided under PPPs include guarantees on loan repayments, rates of return and minimum income streams to guarantees against currency exchange rate risks and compensation should new legislation affect an investment’s profitability.  As of 2012, Chile alone had agreed $7 billion worth of Minimum Revenue Guarantees. In the Philippines, all infrastructure projects built on a PPP basis are guaranteed against ‘regulatory risk’. And more freebies for the private sector are on the way as governments the world over seek to attract investors into infrastructure.

Each guarantee further locks in the trajectory of privatisation: taking privatised public services back into public ownership incurs stiff financial penalties that act as a deterrent to renationalisation. Each guarantee also restricts a government’s own ability to invest itself: PPP payments eat up health, transport and energy budgets, leaving governments with little room for manoeuvre (in Portugal, the annual payments to just two major road PPPs cost €800 million, larger than the entire national transport budget).  And each adds to the burgeoning off-balance sheet liabilities that countries have incurred through PPPs, storing up debt crises for future generations – in 2012, Peru alone clocked up PPP liabilities estimated at $6.5 billion.

But, from finance’s point of view, the guarantees are a crock of gold, providing legally-enforceable liens on future public flows of money that are irrevocable for the length of the contract. Once signed, they cannot be withdrawn, unlike tax breaks and other subsidies which remain at a government’s discretion. And because the underlying contracts enjoy the full backing of a sovereign guarantee, they provide building blocks for engineering further contracted income streams that expand infrastructure as an asset class.

Emblematic of this trajectory is the push to build infrastructure corridors. No (inhabited) continent is excluded. From Africa to Asia and the Arctic to South America, infrastructure masterplans have been drawn to reconfigure whole land masses (and the seas connecting them) into ‘production and distribution hubs’, ‘transit zones’, ‘development corridors’, ‘export zones’, ‘spatial development initiatives’, ‘interconnectors’ and ‘intermodal logistics terminals’. Some of the plans are national in scale, others regional and still others continent-wide or near-global.

In Africa, over 30 corridors have been initiated, principally to enable the extraction of agricultural produce and minerals. No less ambitious plans are on the drawing board for South America. Under current proposals, some 579 projects, costing an estimated $163 billion, have been identified. All the countries of Asia have similar plans. In Indonesia, six corridors are being promoted under an ambitious 15-year, $1 trillion Masterplan for Acceleration and Expansion of Indonesia’s Economic Development.

But the Big Daddy of corridor projects is China’s ‘One Belt, One Road’ (OBOR) programme, officially launched in 2013. Encompassing 60 countries (potentially half the world), OBOR is intended to create a network of free trade areas connected by both terrestrial and marine corridors stretching from the Pacific to the Baltic Sea.

Multiple social, ecological and political dynamics lie behind this push for corridors; but one bundle of influential drivers stands out. They stem from a problem that some people in finance term the ‘production-consumption disconnect’.

This disconnect arises in part from economies of scale that have enabled more remote deposits of raw materials for industrial production to be extracted; in part from the increasing distances between those deposits and the industrial sites where the extracted resources are transformed into consumer goods; and in part from the distances between those production sites and the places where the ‘global consuming class’ live. Distance matters because time matters. And time matters because the faster commodities can be produced and exchanged, the greater the profits for individual capitalists and the sharper their competitive edge over rivals. Hence the G-20’s push for ‘global infrastructure connectivity’.

But many of the individual projects, and certainly the wider schemes as a totality, are simply beyond the resources that can be raised through historical forms of infrastructure finance. As a result, there is now a massive gap – estimated at $50-70 trillion – between the available funding for new infrastructure and the amounts said to be needed. To plug that gap, capital has few options but to tap new sources of finance if it is not to implode. Hence the re-engineering of infrastructure finance to make it more attractive to private investors.

The direction of travel is not only towards increased inequality as public money is looted for the 1%: it is also profoundly undemocratic, elitist – and unstable. Undemocratic because a handful of fund managers and rich investors increasingly determine what gets financed and what does not. Elitist because the facilities that would most benefit the poor do not get built – a report by the NEPAD-OECD Africa Investment Initiative candidly admits that it is ‘futile’ to seek private investors for rural electrification projects ‘due to the low returns on investment’. And unstable because infrastructure-as-asset class has become an inflated bubble – and many in finance are warning that the bubble is about to burst. 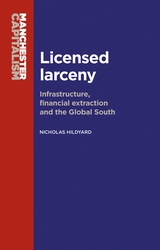 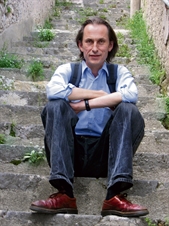 Nicholas Hildyard works with The Corner House, a UK solidarity and research group. He is author of Licensed Larceny: Infrastructure, financial extraction and the Global South, from which this article is drawn. The book is available from Manchester University Press: https://manchesteruniversitypress.co.uk/9781784994273/