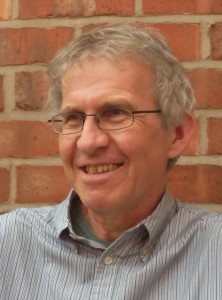 In 1917, the American poet Wallace Stevens published Thirteen Ways of Looking at a Blackbird. Here, more modestly, we suggest five angles from which to consider one of this summer’s blockbuster films, Jason Bourne. The aim is not only to touch on this particular movie’s stylistic and political features, but to show something of the range of film studies.

From its beginnings a century ago, the study of film has struggled to gain the prestige accorded study of other art forms such as literature or painting. What, early critics asked, could be said intelligently about mass-produced westerns or comedies? Even Virginia Woolf, drawn to movies for their speedy cutting between times and places, worried that the medium resisted intellectual engagement: ‘The eye licks it all up instantaneously, and the brain, agreeably titillated, settles down to watch things happening without bestirring itself to think.’

Film studies has been institutionalised in subsequent decades and, far from shutting down brains, has stimulated them by drawing on theories that include Marxism, psychoanalysis and feminism. Yet the study of film is still not entirely liberated from others’ condescension, even suspicion. For Michael Gove, say, in pre-Brexit mode as UK Secretary of State for Education, the subject was ‘soft’ and lacking the intellectual rigour of authentic GCSE disciplines.

Even at this late stage, then, the case for film studies bears repeating. Far from being conceptually impoverished, the subject is rich; it rewards not a single perspective but a kaleidoscopic vision, since the films it analyses are simultaneously artistic constructs, political statements and economic products. To illustrate this, what are some of the ways in which we might look at Jason Bourne?

A phantom ride
Phantom rides were among the earliest films. Fixed in a single position on a train or tram, the camera was turned towards passing scenery in Liverpool, say, or Cork or Jerusalem, so as to give spectators the novel sensation of travel even while seated in an auditorium.

Jason Bourne is, from one perspective, a stupendously accelerated phantom ride. We travel, vicariously, on Bourne’s motorbike roaring along Athens streets, or in his car as it careers through Las Vegas. We are not confined, either, to his viewpoint: departing from the classic phantom ride’s unaltered stance, camerawork is highly mobile, permitting us to travel also with his antagonists.

These residues of the phantom ride valuably remind us that the history of film style is not simply in one direction, with each new era negating the cinema of before. Instead, film style advances also by repurposing the past, by backward loops as striking as those performed by Bourne’s transport.

A soundscape
Film, even in the supposedly ‘silent’ era, has always been an audio-visual art. Only in recent decades, however, has study of the medium corrected a fixation with image, bringing fine-grained attention also to film’s auditory elements. Dwelling on Jason Bourne’s soundscape yields interesting results.

Hollywood editor Walter Murch identifies a hierarchy among components of film sound: ‘Dialogue is the moon, and stars are the sound effects.’ In Jason Bourne, however, we witness dialogue’s loss of privilege. Critics have observed how miserly is the hero’s speech: Bourne utters only 288 words (a figure admittedly bulked up by grunts during fight sequences that occur as regularly as dance numbers in musicals). Crunching sound effects and percussive music dominate instead.

Valuable in itself in enhancing our sensitivity to the film’s formal design, thinking about sound also alerts us to Hollywood economics. Might Jason Bourne’s thinning-out of dialogue ease its passage through lucrative non-English-speaking markets?

A star vehicle
Paul McDonald refers to ‘the symbolic commerce of stardom’: film stars, he says, occupy ‘a point of intersection between meaning and money’. Certainly, in thinking about Matt Damon’s starring role in Jason Bourne, it is important to consider economics. A famously bankable actor, Damon serves to increase greatly the film’s commercial power.

We should follow McDonald’s suggestion, however, and explore also the star’s meanings. How to assess ‘The Damon Identity’? Jason Bourne shows Damon once more embodying masculine resilience. His masculinity is more nuanced, though, than that sketched by such rivals of contemporary action cinema as Dwayne Johnson. For while Damon exhibits here the improbable musculature that enables him to triumph in deathly fights, he also demonstrates softer IT skills and even adopts behaviour conventionally coded as feminine when he grieves for Nicky Parsons (significantly, though, not to the point of tears).

A response to globalisation
Jason Bourne offers a disturbing vision of power operating malignantly on a global scale. From their Virginia headquarters, CIA executives not only communicate perfectly in real time with agents across the world – no rebooting needed – but override at will the administrative systems of other nations (controlling CCTV cameras in Berlin, for example).

But while the film puts before us this highly networked power, it sketches few political alternatives. A sequence set during an anti-globalisation protest in Athens’s Syntagma Square serves mainly to cover the attempt by Bourne and Nicky to escape surveillance. For political theorist David Runciman, ‘Finding points of resistance, where smaller units can stand up to the waves of information washing around the globe, is becoming harder all the time.’ Such seems the ominous lesson of Jason Bourne: indeed, Bourne’s energies here go not into direct resistance but into simply trying to stay ‘off the grid’.

A franchised product
Russian novelist Leo Tolstoy was fascinated by film, invented shortly before his death. Acutely, he observed that in this medium the artistic and the economic mingle inseparably: ‘In the reeds of film art sits the toad – the businessman. Above him hovers the insect – the artist. A glance, and the jaws of the businessman devour the artist.’

Jason Bourne is, in these terms, poised ambiguously between toad and insect. It is, of course, not simply a political response to globalisation, but a global product itself – the fifth instalment in a highly profitable franchise. Box Office Mojo tells us that, by 11 September, it had taken $158.7m. at the US box office, plus $231.7m. from abroad. Assessing Jason Bourne’s commodity status is essential; to do only this, however, would be insufficient, since the economic is just one of the several lenses available to film studies.