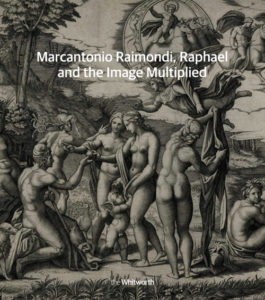 This exhibition features the work of one of the radical originators and innovators of the European tradition of printmaking, Marcantonio Raimondi (c. 1480-c. 1534). Marcantonio was one of the leading printmakers of the Italian Renaissance and is best known for his groundbreaking collaboration with the Renaissance artist Raphael.

Showcasing the world-class collections of Marcantonio’s work at The University of Manchester, housed both at the Whitworth and The John Rylands Library, the exhibition will also feature loans of outstanding prints by Marcantonio and unique drawings by Raphael from major collections including the Royal Collection; British Museum; V&A; Fitzwilliam Museum, Cambridge; Ashmolean Museum, Oxford; Stanford University, USA; Leeds Art Gallery; and Liverpool Libraries.

Manchester University Press will be publishing an extensively illustrated catalogue to accompany the exhibition.

Dr. Edward Wouk, Lecturer in Art History and Visual Studies, University of Manchester and David Morris, Head of Collections at the Whitworth curated the exhibition.