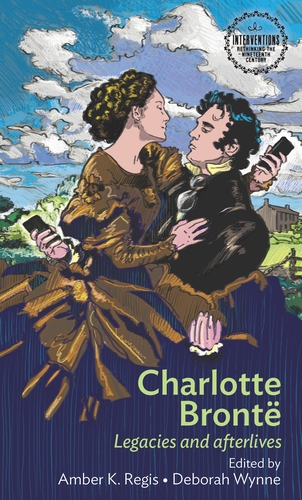 At death, we enter myth—our lives and work become the subject of stories told by others.

Charlotte Brontë was one of the myth-makers. Shortly after her sisters’ deaths in 1848-49, she penned a ‘Biographical Notice of Ellis and Acton Bell’. In this preface, she revealed the names behind the pseudonyms—Emily and Anne—and performed the first public telling of their lives, shaping her sisters’ posthumous legacies: Emily was “Stronger than a man, simpler than a child”; Anne was reserved, enigmatic, “[covering] her mind, and especially her feelings, with a nun-like veil.”

Charlotte did not, however, reveal her own name. She continued to published under her pseudonym, Currer Bell, and no authorial portrait was permitted to circulate in the press or accompany her work. She preferred to “walk invisible’ (as she put it in a letter to W.S. Williams).

But Charlotte too must enter myth. She died in 1855, and after a first flurry of obituaries and memorials, her story was told by Elizabeth Gaskell in what would become one of the nineteenth century’s most famous biographies. The Life of Charlotte Brontë (1857) transformed its subject into an icon. Currer Bell’s bestselling works were tied irrevocably to Charlotte’s name, and for the very first time, general readers could gaze upon her face: an engraving of the only professional portrait taken from life was printed next to the title-page.

Charlotte’s ‘Notice’ and Gaskell’s biography instituted what Lucasta Miller has called “the Brontë myth.” Think isolation, think windswept moors, think three untamed intellects fuelled by repressed desire, think a small parsonage cut off from the outside world. (And yes, think Kate Bush in a red or white dress, arms flailing.) Myth is not the same as falsehood; rather, these are the stories we tell to make sense of the world and ourselves. Myth can be a justification, a rationalisation, a dream or wish-fulfilment.

History and myth sometimes agree, sometimes not. But the history of myth is something that can be traced, teased out, turned to account: myth’s origins and uses; myth’s revolutions and evolutions. Anniversaries provide a convenient and memorable occasion upon which to follow the threads of these posthumous stories.

In 2016 Charlotte Brontë turned 200—cue new editions and adaptations of her work (cf. Linda Marshall-Griffith’s stage-play, Villette), and new tellings of her life (cf. Sally Wainwright’s television drama, To Walk Invisible). For my colleague Prof Deborah Wynne and myself, the bicentenary provided a further opportunity: a chance to look anew at our persistent fascination with Charlotte’s plots and characters, poetry and fictions, letters and essays.

Charlotte Brontë: legacies and afterlives (2017) is the fruit of this labour: a new collection of essays by a range of Brontë experts from across the UK and Europe. The book is divided into two sections. The first, entitled ‘Ghostly afterlives: cults, literary tourism and staging the life’, explores the history of biographical myth-making, from the first Brontë pilgrims at Haworth to the founding of the Brontë Society and Parsonage Museum, from Charlotte as Gothic revenant in commemorative poetry and fiction, to her role as the butt of on-stage jokes that satirise pilgrims and idols alike.

The second section, entitled ‘Textual legacies: influences and adaptation’, explores the survival of Charlotte’s work across the 162 years since her death. What are the ethics of adapting this material? What is involved, for example, in bringing Bertha Mason from Jane Eyre before a twenty-first-century audience? What are the financial imperatives? The Brontës are traded across a variety of cultural industries: publishing; heritage and tourism; stage, television and film production. But just who, or what, is being bought and sold?

Amber Regis is a Lecturer in Nineteenth-Century Literature at the University of Sheffield. You can find Amber on Twitter @AmberRegis. 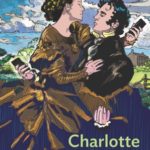