“Few holidays have a cinematic potential that equals Halloween’s,” wrote the American cultural critic David J. Skal. For over a century now, US film studios have exploited the commercial possibilities of All Hallows’ Eve as enthusiastically as any maker of frightening masks or baker of pumpkin pies. IMDB currently lists 200 titles featuring the word “Halloween” alone.

But it can still be hard to define a “Halloween film”. Skal takes it to be one in which the holiday is the “central subject”, rather than there merely to add atmosphere. But this still leaves open the question of genre. As it turns out, the Halloween movie is a highly elastic category. The five titles I’ve selected here show it ranges from horror to farce, and from parody to animation.

In the 1930s, the Betty Boop cartoons challenged mainstream America not only with their voluptuous heroine but with what animation scholar Paul Wells calls their “fantastical incongruities”. In this Halloween special, which lasts just over six minutes, the animators’ customary visual exuberance is given further license by Halloween’s permitted mischief. A scarecrow throws paint onto the wall and each time, creates a witch complete with broomstick. Meanwhile, a weird assembly-line in the kitchen sees bull’s horns being used to pierce pumpkins. Over it all Betty presides cheerfully, suggesting women could have roles in Halloween films besides that of the victim.

The Middle American town which is so familiar in many Halloween movies is left behind here, in what an opening caption calls a “Hallowe’en tale of Brooklyn, where anything can happen”. Ignore the plot that creaks as loudly as any haunted house’s staircase, and dwell instead on the film’s moments of tonal strangeness and blending of genres.

The main premise of this black comedy is rival serial killers who face body disposal problems at Halloween. In some scenes however, it forgoes good humour altogether and becomes genuinely disturbing. Several sequences are framed and lit as if they have been spliced in from horror cinema. Even the usually poised Cary Grant is seen in sweaty closeup.

Puritanical attitudes stalk this film as persistently as its serial killer antihero. Therapeutic models for treatment of psychopathy have no chance here against what film critic David Thomson describes as:

The certainty that the mentally disturbed are going to be dangerous until the end of time.

The plot sees three high school students brutally punished for having opportunistic sex. Laurie, their bookish and sexually inactive friend on the other hand, exemplifies what film theorist Carol Clover has called the “Final Girl.” This is a trope common in slasher films, and refers to the last woman alive to confront the killer. Laurie wards off her attacker with the gendered weaponry of knitting needle and coat hanger. But running against the film’s strait-laced politics is a mischievous humour, and a DIY aesthetic – director John Carpenter also scored the keyboard soundtrack as well as co-writing the film.

At the start of this animated musical, derived from a poem written by Tim Burton in his Disney days, Jack Skellington – master of ceremonies in “Halloween Town” – despairs of the familiar Halloween routine. He exclaims:

And I, Jack, the Pumpkin King / Have grown so tired of the same old thing.

Here the Halloween movie confronts its own possible staleness – by 1993, John Carpenter’s film alone had generated four sequels. But the danger of “the same old thing” is warded off here by fusing Halloween cinema subversively with its sentimental cousin among the seasonal sub-genres: “the Christmas film”. Jack finds a portal to “Christmas Town” and attempts to darken that festival too.

Scholars such as Rick Altman have argued that films tend to show genres colliding with each other, rather than staying separate. And just like the merging of comedy and horror in Arsenic and Old Lace, The Nightmare Before Christmas reveals this genre fusion at work in the Halloween movie itself.

Rob Zombie’s exploitation horror film begins in an “off-beat attraction” in rural Texas called Captain Spaulding’s Museum of Monsters and Madmen. The Halloween kitsch on display here includes tiny skulls with flashing red eyes, and it all serves to lull not only the quartet of young out-of-town visitors but also the unwary film spectator.

These early scenes present a commodified Halloween, one where terror is manageable, compared with the abiding horror that will soon confront the protagonists – and the viewers. The dead, who were traditionally honoured by both pagans and Christians on All Hallows’ Eve, are instead treated roughly in Zombie’s film. Bodies are fashioned into phantasmagoric, necrophile tableaus. The effect is highly disturbing: House of 1,000 Corpses ends as a new day breaks, but atmospherically we are still in darkness.

This article was originally published on The Conversation. Read the original article. 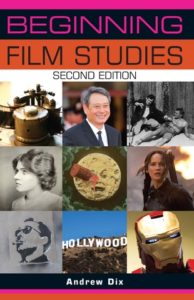