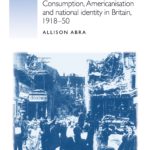 In the new season of the Netflix show The Crown, a dramatic scene captures the moment when Queen Elizabeth II danced a foxtrot with Prime Minister Kwame Nkrumah during a royal tour to Ghana in 1961. The show portrays the dance as a massive foreign policy coup for the Queen and her government – enticing socialist Nkrumah away from the Soviet Union and back into the Anglo-American fold at the height of the Cold War – and has been criticized by some historians for over-simplifying or even misrepresenting this broader historical context. However, there is no question that the dance itself took place, and the scene is very successful at pointing to a different historical truth: that sometimes a dance is not just a dance. Whether it was the Queen of England dancing with an African leader during the era of decolonization, or rebellious German youths jitterbugging to banned jazz records in Nazi Germany, or a flash mob of Hillary Clinton supporters dancing joyfully in pantsuits on a New York street corner during the 2016 U.S. presidential election, dancing has long reflected, created, and provided a way to physically express social, cultural, and political issues.

In Britain during the first half of the twentieth century, dancing was a tremendously popular leisure activity, spurred on by an abundance of new Jazz Age dances and the rise of an ever-expanding entertainment industry surrounding public dancing. However, just as in the historical examples mentioned above, popular dance culture for the British came to be about so much more than just dancing. As the First World War ended, Britain was engulfed in what many contemporaries referred to as a dancing “craze.” The enthusiasm for dancing was in part a response to the trauma of the war, and the natural desire for escapist fun in its aftermath. However, comments on the dance craze and its main participants, as well as the movements of the self-consciously “modern” dances that were at its center, also gave expression to a host of ideas and anxieties about modernity, political democratization, and gender relations. For instance, in the midst of debates about women’s social and political status after the war, the young women who were dancing’s chief enthusiasts – referred to interchangeably as flappers, butterflies, modern women, or just “dancing girls” – were a source of intense public discussion about appropriate feminine behavior and the perceived perils of excessive pleasure-seeking.

As Britain moved through the interwar years, popular dancing also became strongly intertwined with questions about national identity and the country’s place in the world. Nearly all of the most successful dances in this period, from the Argentinian tango to the American foxtrot, were foreign imports. These dances were embraced by some Britons for their modernity and cosmopolitanism, but others condemned them in racist terms for their origins in black culture, and felt they represented a dangerous sign of foreign cultural encroachment, particularly from the United States. In this context, professional dancers and dance hall proprietors worked to develop and market explicitly “British” alternatives. Many foreign dances were reimagined as the so-called “English Style” of ballroom dancing, which was said to reflect national characteristics like civility, discipline, and reserve (which were also racially encoded as white), while new creations like the phenomenally successful “Lambeth Walk” drew upon heritage and folk tradition. Through these efforts ideas about what it meant to be British were produced and circulated, but national identity also became something that could be embodied and physically performed on the dance floor.

This idea took on even more profound meanings as the nation entered the Second World War, and dancing was put to work in yet another way: as a defiant act against Nazi aggression, and as a symbol of British democracy. Stories of Britons continuing to dance throughout air raids, or amidst the rubble in bomb-ravaged streets, served as a potent incubator of ideas about the “Blitz spirit.” Recounted alongside reports about the prohibitions on dancing in Nazi Germany and occupied Europe, the persistence of dancing in Britain was seen as a sign of the people’s enduring freedom. Dances were also seen to be an ideal way to foment bonds between the colonial subjects and military allies who arrived in Britain as part of the war effort, and where wartime ideals about community spirit and national unity could be performed and experienced – even if social tensions lingered beyond the space of the dance floor. During war and peace alike, therefore, the dance floor was a place where the British people were entertained, but was also a place where they made sense of who they were as a nation, and of their place in the world.

Allison Abra is Assistant Professor of History and a Fellow in the Dale Center for the Study of War & Society at the University of Southern Mississippi.

Dancing in the English style is available now!