Trick or treat! Things are getting seriously spooky with these 13 Gothic books to keep you up at night this Halloween. Scroll down… if you dare! 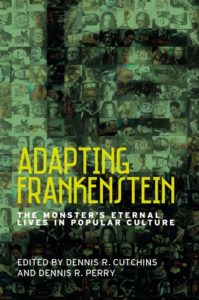 Mary Shelley’s Frankenstein is one of the most popular novels in western literature. It has been adapted and re-assembled in countless forms, from Hammer Horror films to young-adult books and bandes dessinées. Beginning with the idea of the ‘Frankenstein Complex’, this edited collection provides a series of creative readings that explore the elaborate intertextual networks that make up the novel’s remarkable afterlife. It broadens the scope of research on Frankenstein while deepening our understanding of a text that, 200 years after its original publication, continues to intrigue and terrify us in new and unexpected ways. 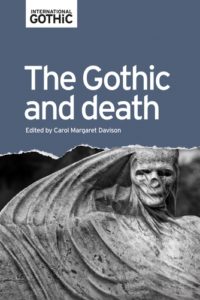 The Gothic and death

The Gothic and death is the first published study devoted to the subject of the Gothic and death across the centuries. It investigates how the multifarious strands of the Gothic and the concepts of death, dying, mourning and memorialisation (‘the Death Question’) have intersected and been configured cross-culturally to diverse ends from the mid-eighteenth century to the present day. 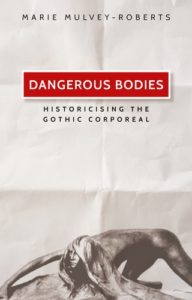 Through an investigation of the body and its oppression by the church, the medical profession and the state, Dangerous bodies reveals the actual horrors lying beneath fictional horror in settings as diverse as the monastic community, slave plantation, operating theatre, Jewish ghetto and battlefield trench. It provides original readings of canonical Gothic literary and film texts including The Castle of Otranto, The Monk, Frankenstein, Dracula and Nosferatu. 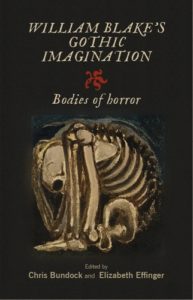 Scholars of the Gothic have long recognised Blake’s affinity with the genre. Yet, to date, no major scholarly study focused on Blake’s intersection with the Gothic exists. William Blake’s gothic imagination seeks to redress this disconnect. The papers here do not simply identify Blake’s Gothic conventions but, thanks to recent scholarship on affect, psychology, and embodiment in Gothic studies, reach deeper into the tissue of anxieties that take confused form through this notoriously nebulous historical, aesthetic, and narrative mode. 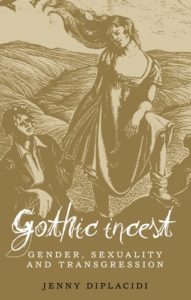 The first full-length study of incest in the Gothic genre, this book argues that Gothic writers resisted the power structures of their society through incestuous desires. It provides interdisciplinary readings of incest within father-daughter, sibling, mother-son, cousin and uncle-niece relationships in texts by authors including Emily Brontë, Eliza Parsons, Ann Radcliffe and Eleanor Sleath. 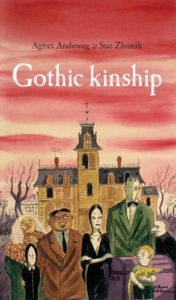 Although the preoccupation of Gothic storytelling with the family has often been observed, it invites a more systematic exploration. Gothic kinship brings together case studies of Gothic kinship ties in film and literature and offers a synthesis and theorisation of the different appearances of the Gothic family. 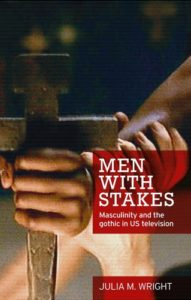 Men with stakes: Masculinity and the gothic in US television

Men with stakes builds on recent discussions of television Gothic by examining the ways in which the Gothic mode is deployed specifically to call into question televisual realism and, with it, conventional depictions of masculinity. Released from the mandate of realism to describe the world as it is supposed to be, television Gothic calls attention to the constructedness of gender – and therefore to the possibility of re-imagining men’s agency, authority and the legitimated forms of knowledge with which men are traditionally associated (science in particular). 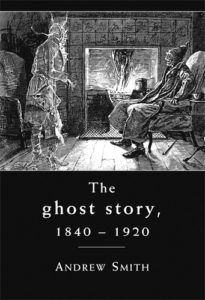 The ghost story 1840-1920: A cultural history examines the British ghost story within the political contexts of the long nineteenth century. By relating the ghost story to economic, national, colonial and gendered contexts, it provides a critical re-evaluation of the period. The conjuring of a political discourse of spectrality during the nineteenth century enables a culturally sensitive reconsideration of the work of writers including Dickens, Collins, Charlotte Riddell, Vernon Lee, May Sinclair, Kipling, Le Fanu, Henry James and M.R. James. 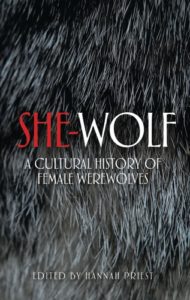 She-wolf explores the cultural history of the female werewolf, from her first appearance in medieval literature to recent incarnations in film, television and popular literature. The book includes contributors from various disciplines, and offers a cross-period, interdisciplinary exploration of a perennially popular cultural production. 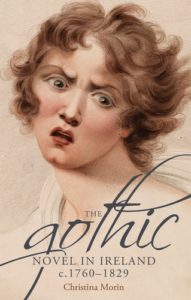 The gothic novel in Ireland, c. 1760-1829 offers a compelling account of the development of gothic literature in late-eighteenth and early-nineteenth century Ireland. Countering traditional scholarly views of the ‘rise’ of ‘the gothic novel’ on the one hand, and, on the other, Irish Romantic literature, this study persuasively re-integrates a body of now overlooked works into the history of the literary gothic as it emerged across Ireland, Britain, and Europe between 1760 and 1829. 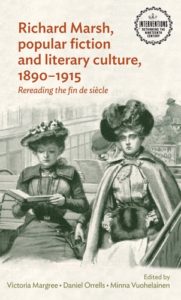 Richard Marsh was one of the most popular and prolific authors of the late-Victorian and Edwardian periods. His bestselling The Beetle: A Mystery (1897) outsold Bram Stoker’s Dracula. A prolific author within a range of genres including Gothic, crime, humour and romance, Marsh produced stories about shape-shifting monsters, morally dubious heroes, lip-reading female detectives and objects that come to life. 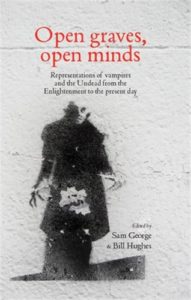 Open graves, open minds: Representations of vampires and the Undead from the Enlightenment to the present day

This collection of interconnected essays relates the Undead in literature, art and other media to questions concerning gender, race, genre, technology, consumption and social change. A coherent narrative follows Enlightenment studies of the vampire’s origins in folklore and folk panics, the sources of vampire fiction, through Romantic incarnations in Byron and Polidori to Le Fanu’s Carmilla.

And now for a treat! Shop our 50% off Halloween sale.