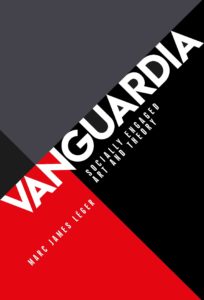 Other than New York City and Québec City, which I was familiar with already, I’ve had the good fortune to be invited to visit Wolverhampton (UK), Gothenburg (Sweden), Cologne and Karlsruhe (Germany) in the last few years for speaking engagements. I met interesting people there and along the way saw some exciting places – like for example the Walther König bookstore in Cologne – and also discovered some terrific art – like the work of the Swedish artist Ivar Arosenius.

Last fall I was in residence at the NeMe Arts Centre in Limassol, Cyprus, where I curated an exhibition titled The Idea of the Avant Garde, which presents the work of artists who are either discussed or who are contributors to the two volumes I edited titled The Idea of the Avant Garde – And What It Means Today. The first book was published by Manchester University Press in 2014 and the second volume will be published by Intellect next year. As far as I know this was the first exhibition to begin with two books of this sort as a premise, creating a circuit between the books and the exhibition. The 2D material was presented as black and white images and text on large AO sheets of paper that are the same dimensions as the pages of the two books. We also had many video and sound works.

The exhibition included some 30 or more terrific artists, too many to name, and had as its purpose to encourage a reflection on the meaning of the concept of the avant garde today. The two books were inspired by the RE/Search publications of the 1980s and 90s, as well as the journal Left Curve, and were intended not so much as readers, anthologies, or course books, but as a forum of ideas by leading cultural figures in different arts fields, visual art, film, literature, architecture, music, etc. I’m grateful to MUP for publishing the first volume, especially as it did not have a tidy academic profile in terms of marketing, nor a typical format or clear function. This atypical format was intentional and I was delighted that MUP could see right away that the content of the first book and the credibility of the contributors was reason enough to support its publication.

I would like to have been the author of The Science of Logic so that I can understand it better. I would like to be the author of Paradise Lost simply because I haven’t read it yet. The number of books on my reading list keeps getting longer, and I’m in the habit of watching film versions and BBC documentaries about the novels I really should read. 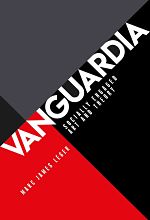 Marc James Léger is an independent scholar living in Montreal. He is editor of The Idea of the Avant Garde – And What It Means Today and author of Brave New Avant Garde, The Neoliberal Undead, Drive in Cinema and Don’t Network.