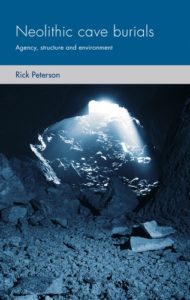 Everything you ever wanted to know about cave burial in the Neolithic and why it is important.

For this particular project it has to be Marion Dowd and Robert Hensey’s The Archaeology of Darkness. I also saw Marion speak about this a couple of times and it really helped clarify my ideas.

Physically, it took me to a lot of caves I had never visited before: mentally, the most unexpected direction was how much I ended up thinking about time and how people mark its passing.

Mostly on the computer but if I get in a complete tangle with something I will often sit down and draft a structure in a notebook just to get past whatever is causing the confusion.

I saw the proposal for the Social archaeology and material worlds book series and it seemed a perfect fit for what I was planning. I also knew that a lot of my evidence was going to come from the north of England, so Manchester seemed a good fit from that point of view too.

More about prehistoric death and memory in the north. I have become very interested in the way object biographies and theories of embodiment have been developed in other disciplines, particularly art and anthropology, and I want to try and use this to think about the material culture of death in the Early Bronze Age.

Be prepared, it’s going to take you longer than you think.

Written on the Body by Jeanette Winterson (another Manchester connection). I was an enormous fan of all her novels when I was younger and reading her enthused me to go away and read a lot of other stuff that I probably otherwise wouldn’t have. I keep coming back to this novel in particular and I still find it enormously inspiring (and it made its way into my current book as a chapter title).

I read a lot of children’s books these days and a lot of Sci-Fi: Philip Reeve and Jonathan Stroud are two favourites I was introduced to by my son. I’m a big fan of Douglas Coupland and David Mitchell. I’ve just discovered Claire North and am devouring her novels.

Gore Vidal, Pierre Bourdieu, Virginia Woolf and Daniel Miller. I would let them do the talking while I did the eating. As my Dad used to say, ‘he who eats least wins the argument.’ 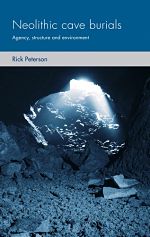 Rick Peterson is Senior Lecturer in Archaeology at the University of Central Lancashire.