It is the Bard’s birthday today and we are celebrating with these ten fascinating books on Shakespeare and his world. 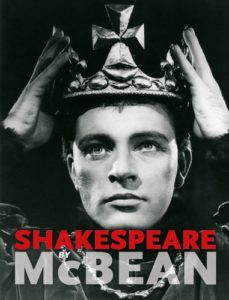 Shakespeare by McBean collects 300 images, many never before published, taken by the renowned photographer Angus McBean. Incorporating images from every one of Shakespeare’s plays performed at the RSC, with some from the Old Vic, between the years 1945-62, it is a veritable who’s who of the British stage.

Enter our Twitter competition to be in with a chance of winning a copy of this beautiful book. 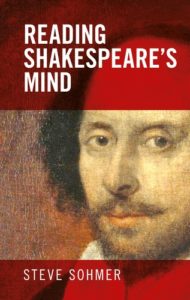 This book shows that William Shakespeare was a more personal writer than any of his innumerable commentators have realised. It asserts that numerous characters and events were drawn from the author’s life, and puts faces to the names of Jaques, Touchstone, Feste, Jessica, the ‘Dark Lady’ and others. 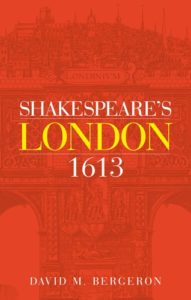 Shakespeare’s London 1613 offers for the first time a comprehensive ‘biography’ of this crucial year in English history. The book examines political and cultural life in London, including the Jacobean court and the city, which together witnessed an exceptional outpouring of cultural experiences and transformative political events. 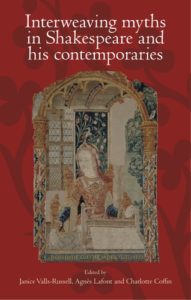 Interweaving myths in Shakespeare and his contemporaries

This volume proposes new insights into the uses of classical mythology by Shakespeare and his contemporaries, focusing on interweaving processes in early modern appropriations of myth. Its 11 essays show how early modern writing intertwines diverse myths and plays with variant versions of individual myths that derive from multiple classical sources, as well as medieval, Tudor and early modern retellings and translations. 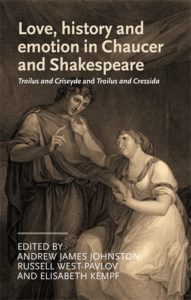 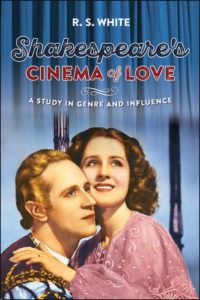 Shakespeare’s cinema of love: A study in genre and influence

This engaging and stimulating book argues that Shakespeare’s plays significantly influenced movie genres in the twentieth century, particularly in films concerning love in the classic Hollywood period. Shakespeare’s ‘green world’ has a close functional equivalent in ‘tinseltown’ and on ‘the silver screen’, as well as in hybrid genres in Bollywood cinema. 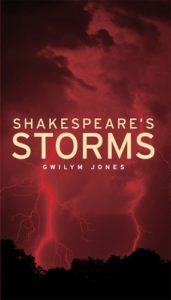 Winner of the 2016 Shakespeare’s Globe Book Award The first comprehensive study of Shakespeare’s storms. Whether the apocalyptic storm of King Lear or the fleeting thunder imagery of Hamlet, or the thunderbolt of Pericles, there is an instance of storm in every one of Shakespeare’s plays. 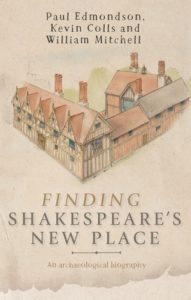 This ground-breaking book provides an abundance of fresh insights into Shakespeare’s life in relation to his lost family home, New Place. The findings of a major archaeological excavation encourage us to think again about what New Place meant to Shakespeare and, in so doing, challenge some of the long-held assumptions of Shakespearian biography. 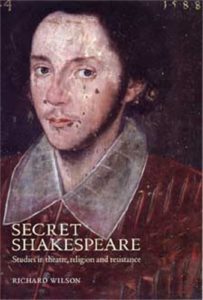 Shakespeare’s Catholic context was the most important literary discovery of the last century. No biography of the Bard is now complete without chapters on the paranoia and persecution in which he was educated, or the treason which engulfed his family. Whether to suffer outrageous fortune or take up arms in suicidal resistance was, as Hamlet says, ‘the question’ that fired Shakespeare’s stage. In ‘Secret Shakespeare’ Richard Wilson asks why the dramatist remained so enigmatic about his own beliefs, and so silent on the atrocities he survived. 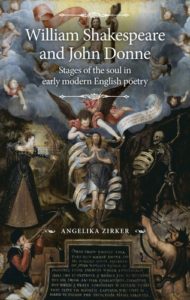 This study analyses concepts and representations of the soul in the poetry of William Shakespeare and John Donne. It shows how the soul becomes a linking element between the genres of poetry and drama, and how poetry becomes dramatic whenever the soul is at its focus.

You can discover more Shakespeare titles from Manchester University Press and find out about Manchester Shakespeare, a brand new digital collection that includes 31 books covering a wealth of historical, social and cultural critiques not just of Shakespeare’s works, but those of his contemporaries as well.