1. What is the Anglosphere?

It is an idea more than an actual thing. The idea is that the world is safer and better when the English-speaking peoples act together in international relations and that people are freer and richer when the economy is organised along Anglo-liberal lines. This is therefore preferable to a geographic grouping like the EU. The ‘core’ Anglosphere states are the USA, the UK, Canada, Australia, New Zealand although depending on who you ask, any English-speaking country could qualify; so India, Ireland and Singapore are sometimes included in this list. But the Anglopshere struggles to break free of its past associated with empire and race, so sometimes India isn’t included.

2. Who are the main players driving this desire to return to the Anglosphere?

Daniel Hannan (MEP and chairman of the Vote Leave campaign) is the main contemporary ideologue of the Anglosphere having taken over from Andrew Roberts and Robert Conquest. David Davis, Liam Fox and, as you might expect, Boris Johnson have all spoken in favour of the idea. They are all in the book. The Anglopshere idea tends to be a love that dare not speak its name and public figures shy away from it once in office. It is an idea that thrives best in opposition. In Australia former PMs Abbott and Howard are in favour, and in Canada former PM Harper is also a cheerleader. Although a popular idea on the right of US politics, Trump is equivocal on this: he is inclined to offer occasional support to the ERG (e.g the visit in July 2018), but his America First stance keeps him at a distance from American supporters of the idea. Rupert Murdoch’s press is another key vehicle for this idea.

3. Is the drive to the Anglosphere detached from public awareness or are there campaigns you can point to that evidence this?

At a popular level, it tends to manifest itself as a vague sense that the English-speaking peoples are a better ‘fit’ for England than the EU. It is popular amongst fringe political groups (inside and outside the Conservative party) and was an official part of UKIPs 2015 manifesto. This YouGov poll gives some indication of how the Anglopshere idea manifests itself at a popular level: https://yougov.co.uk/topics/politics/articles-reports/2016/09/17/which-countries-should-uk-prioritise-post-brexit-t

4. What would the UK look like if the elites succeed?

Closer to the USA, Australia and New Zealand with more zero hours contracts. There would be an attempt to maintain the union, but this would push Scottish and Irish nationalists to seek independence. There may not be a UK for much longer it the Anglosphere elites succeeded in implementing their plan. 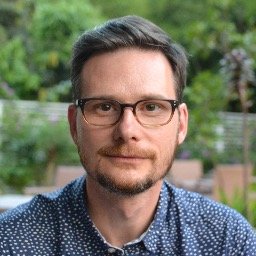