Brexit and the Border

No part of the United Kingdom will be more adversely affected by Brexit than Northern Ireland.

Since 2016, the centre of political gravity in Northern Ireland has moved from Belfast to Westminster. This is not only due to Brexit but also because of the collapse of regional power-sharing institutions and the parliamentary arithmetic produced by the 2017 UK general election. 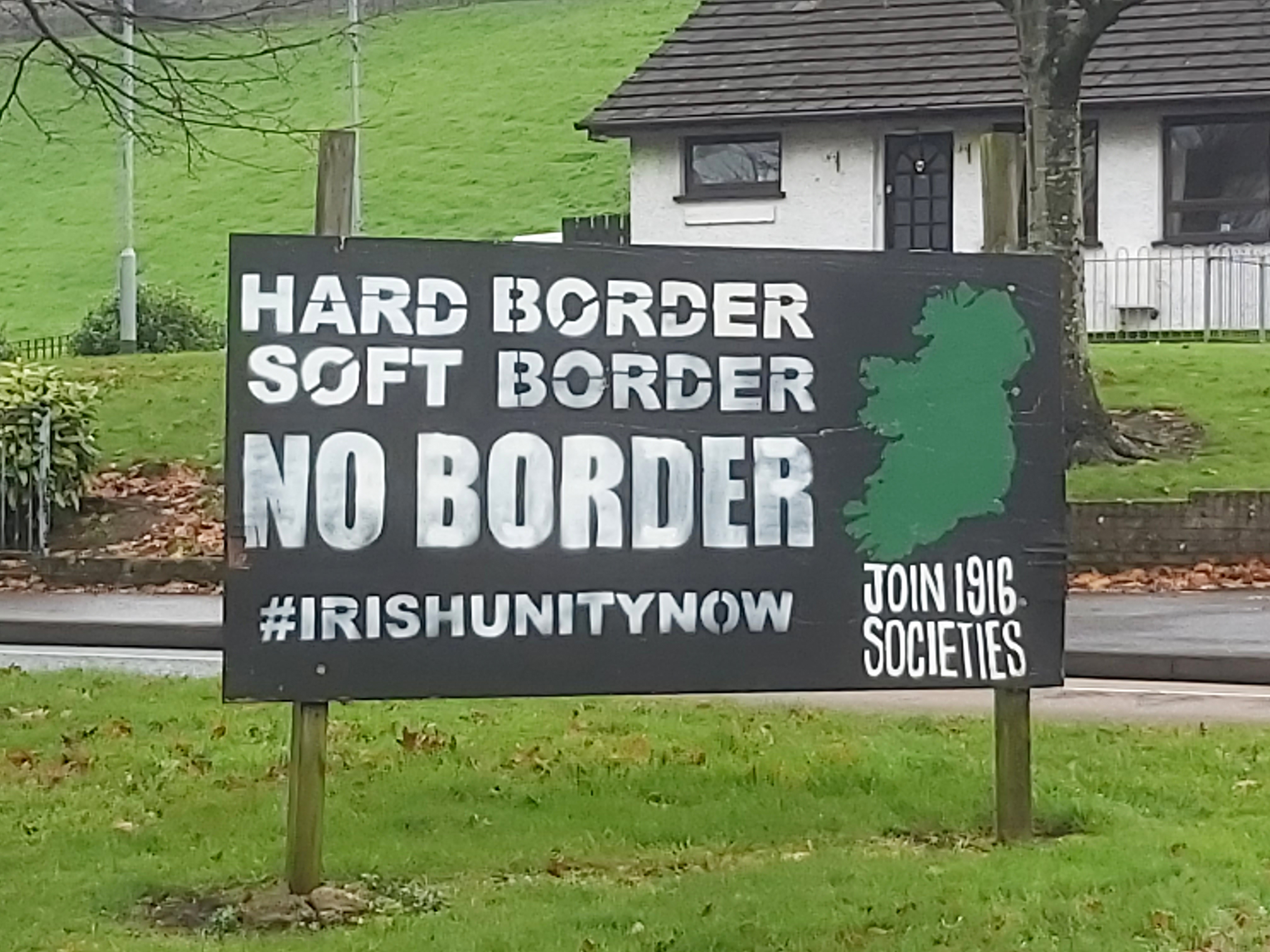 As the centenary of Ireland’s division approaches Brexit has pushed the issue of the border to the forefront of politics in Ireland and the United Kingdom. Many believe that this election vote will be used as a proxy for a referendum on Irish unity and there has consequently been herculean efforts to mobilise the vote and minimise the chances of seats being lost to the rival community. Tribal politics dictate that there are very few constituencies that change hands between a nationalist and a unionist party. The main competition in these “safe” seats is usually within the nationalist or unionist community rather than between them. In this election, tactical voting will be crucial in key marginals as will the unprecedented formal and informal inter-party pacts. Five parties are in realistic contention of seats – the Democratic Unionist Party (DUP) and Ulster Unionist Party (UUP) representing those seeking to maintain the constitutional status quo, Sinn Féin and the SDLP which advocate a united Ireland, and the cross-community Alliance Party.

The DUP and Sinn Féin had a very successful poll in 2017, with both recording their largest ever vote in a Westminster election. The DUP gained two seats bringing its total to ten while Sinn Féin increased its representation from four seats to seven. Consequently, their smaller inter-communal rivals failed to secure any rep­resentation at Westminster. As Sinn Féin candidates had sought a mandate not to take their seats, this meant that for the first time in over half a century the British parlia­ment lacked a voice representing Irish nationalists.

The timing of the election could not be worse for the DUP. Having boasted of the leverage they exerted over the Tory Government, the confidence and supply arrangement on which it was based, ended abruptly when Boris Johnson negotiated a withdrawal agreement that unionists vehemently oppose and have labelled the “Betrayal Act”. Unionists, including the DUP, maintain that the agreement places a customs border in the Irish Sea, separating Northern Ireland from Great Britain to preserve an all-Ireland economic zone subject to EU regulations.

The DUP took a major gamble in hitching its political wagon to English nationalists and Brexiteer fundamentalists, the very groups that care least about the North. When asked in a recent survey whether ‘the unravelling of the peace process in Northern Ireland’ would be a ‘price worth paying’ for Brexit, 83 per cent of Leave voters and 73 per cent of Conservative voters in England affirmed that it was. Only about a quarter of Leave voters and those who voted Conservative in 2017 agreed that revenue raised in England should also be distributed in Northern Ireland to help fund public services there. By being cheerleaders for Brexit, the DUP may have helped trigger a new dispensation that sees a diminished UK with Scotland leaving and a majority in the North opting for union with the rest of the island.

This election has triggered several unprecedented election pacts. Sinn Féin has stood aside in East Belfast, South Belfast or North Down and has urged its voters to back other candidates that support remaining in the EU in order to defeat the pro-Brexit DUP. In practice this means Sinn Féin voters supporting the Alliance party and the SDLP in these three constituencies. The SDLP has also announced that it will not stand in East Belfast, North Belfast or North Down to accommodate the Alliance Party and Sinn Féin. Initially the gesture in North Down was to benefit the pro-Remain independent unionist Sylvia Hermon but she has decided not to defend her seat. The Green Party has stood aside in all four Belfast constituencies to boost the chances of pro-Remain candidates. 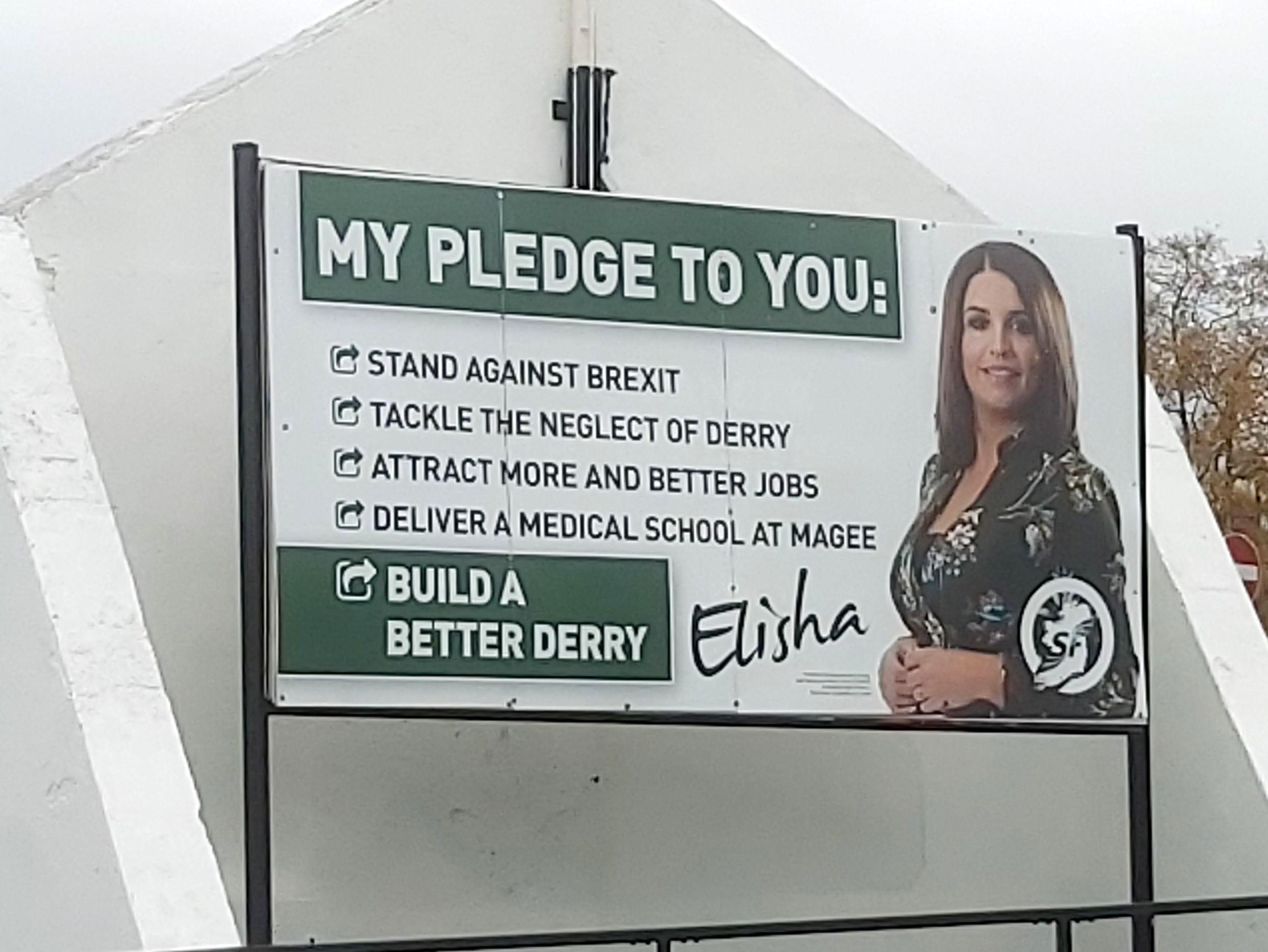 The pact between the DUP and UUP is a straightforward unionist swap with the DUP standing aside in Fermanagh-South Tyrone in return for the UUP doing likewise in North Belfast. There is no Brexit dimension as the parties are campaigning for different outcomes. While the UUP is trying to capitalise on Boris Johnson’s humiliation of the DUP’s it has flip-flopped on Brexit. In 2016, the party campaigned, albeit half-heartedly, to remain in the EU but then, following the referendum result, adopted a pro-Brexit platform. Now that the UUP has seen Boris Johnson’s withdrawal agreement, they have reverted to Remain on the basis that staying in the EU is a better fate than accepting the deal negotiated by the British prime minister.

This very tense election has been bitterly fought. In some constituencies there has been a loyalist campaign, designed to support the DUP, which proclaims that a vote for the Alliance Party is an endorsement of a pan-nationalist front, which includes Sinn Féin and the SDLP. Posters and banners have been erected depicting Sinn Féin and Alliance as part of an ‘unholy’ coalition. A ballot cast for Alliance is a vote for ‘Sinn Féin/IRA’, the banners claim, before ending with a final plea –  ‘don’t let the IRA have the last laugh’.

Two seats might switch from unionist to nationalist representatives, which, considering the glacial pace of change in Northern Ireland’s frozen conflict, would represent a seismic shift. It is in Belfast, where over a hundred “peace lines” still separate the two communities from each other, where the key inter-communal battlegrounds are located.

In South Belfast, the SDLP’s Claire Hanna is almost certain to take the seat from the DUP incumbent Emma Little-Pengelly as Sinn Féin and the Green Party have stood aside to facilitate such an outcome. The vote in this constituency has been notoriously fragmented in recent elections. In 2015, Alasdair McDonnell took the seat with a mere 24.5% of the vote, the lowest ever vote share recorded by a successful MP anywhere in the UK. When Little-Pengelly edged past McDonnell in 2017, assisted by tactically voting UUP supporters, she did so with only 30% of the vote. Although South Belfast had voted by 70% to remain in the EU, Little-Pengelly articulated the ardent Brexiteer line of her party and this has triggered the unprecedented pact to oust her. Assuming the bulk of the Sinn Féin and Green vote (16.3% and 5.1% respectively in 2017) transfer to Claire Hanna, the DUP’s brief occupancy of this seat seems destined to end on 12 December. 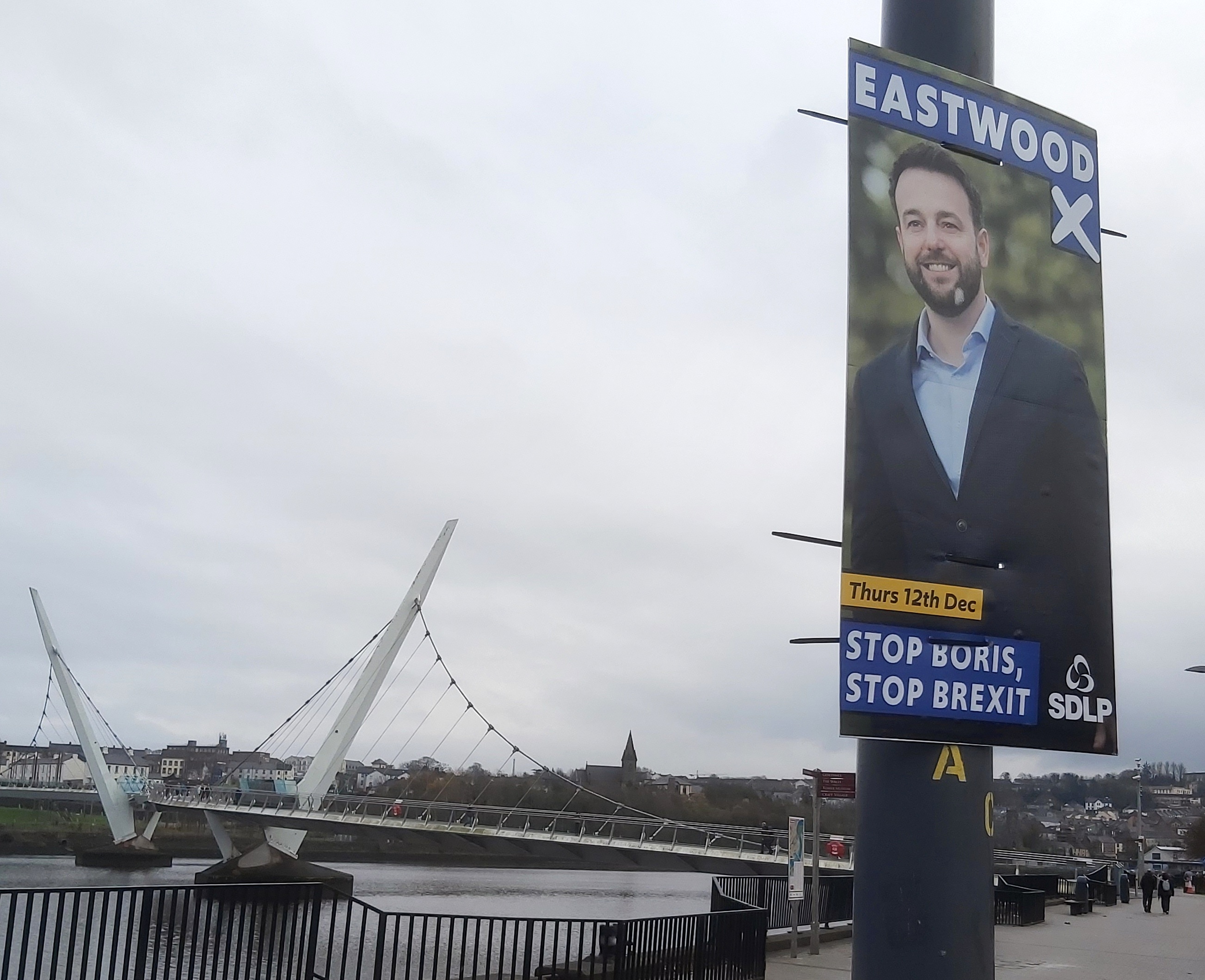 North Belfast is where the bitterest battle is being fought. The city’s Lord Mayor, Sinn Féin’s John Finucane is challenging the DUP’s parliamentary leader at Westminster, Nigel Dodds. Both the DUP and Sinn Féin are pulling out all the stops. While every year the demographics edge in favour of nationalist parties, to win Finucane would have to receive most of the 2700 votes garnered by the SDLP and Greens in 2017. The campaign in North Belfast has been very unsavoury. Initially, the UUP announced that they would contest this constituency but ultimately backed away after being subjected to intense pressure, including from loyalist paramilitaries. The UDA leader who planned the controversial murder of solicitor Pat Finucane is reported to be responsible for the sinister banners placed in Belfast attacking his son, John, who is fighting for the seat. For nationalists, a victory here would decapitate the DUP at Westminster and inflict a major price on the DUP for its hardline Brexit stance. For many Dodds supporters, it’s not just his seat that is in danger, but the Union itself.

This election will confirm rather than resolve Northern Ireland’s deep societal divisions. The DUP’s hard-Brexit stance in Westminster, where it mispresented the preferences of Northern Ireland’s electorate, has created new and previously unlikely alliances in the region. However, while ostensibly billed as ‘the Brexit election’, this contest contains many familiar features of the North’s parochial politics. For a substantial section of the electorate the vote will have a bearing on prospects for a referendum on Irish unity. Should the DUP lose North Belfast and South Belfast to Sinn Féin and the SDLP – as is entirely possible – then voters will have elected an equal number of unionist and nationalist Westminster MPs for the first time since partition was imposed a century ago. Calls for a referendum on Irish unity are likely to be amplified as a result.

Donnacha Ó Beacháin is the author of From Partition to Brexit: The Irish Government and Northern Ireland, which is the 2019 winner of the Political Studies Association of Ireland’s book of the year award.  During this UK general election campaign, he has visited most of Northern Ireland’s constituencies. 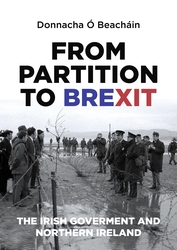 From Partition to Brexit: The Irish Government and Northern Ireland £11.50 https://manchesteruniversitypress.co.uk/9781526132956