Most of us are fed up of the incessant media coverage of fake news and dishonest political campaigns.

We might be fed-up. But at the same time we can’t help but repeatedly mumble our common-sense complaints about a world we don’t recognise: ‘How can even apparently intelligent people believe in fake news about the major issues of this election? Brexit, anti-scientific claims dismissing climate change, and fake news about the NHS and trade deals?’ ‘How can so many people continue to fall for Boris Johnson’s trick of repeating his unsubstantiated claims until these claims somehow become the truth to the media? 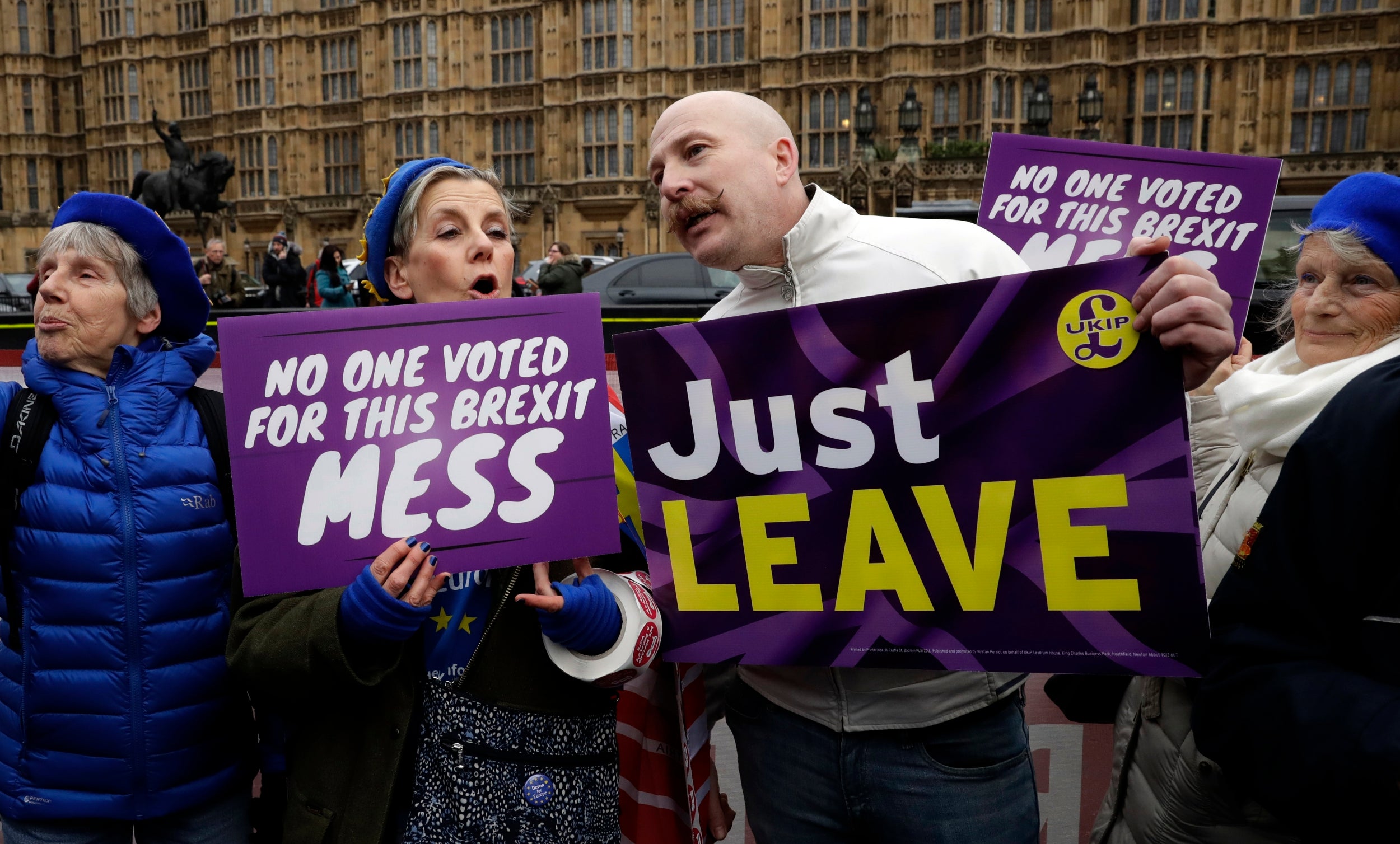 The typical common-sense complaints about these developments point to the absurdity of clinging to apparent myths, lies, and disproportionate worries. If people could only pull themselves together and be more reasonable. If they could only use some healthy scepticism and embrace all of the accurate facts, imagine how many misconceptions and problems the world would overcome!

Intriguingly, those groups that complain about these things share their common-sense-based complaint mode with another, perhaps surprising group of people. These are the people at the very opposite end of ideology and cultural identity. If the former group mainly consists of the highly educated, liberal, remainers – different names across the Atlantic – the other group considers itself far closer to practical experience, old wisdom and – yes – common sense. As the former US president Ronald Reagan stated in the early 1960s, early in his political career: ‘The trouble with our liberal friends is not that they are ignorant. It’s just that they know so much that isn’t so.’

The main recipe for overcoming what both sides maintain to be exploitation and distortion of truth and wisdom is, if we ask the highly educated, liberal group, to produce and provide society with more facts and better argument: more reason. This is also the key message of several books that came as a reaction to the political turmoil in the last few years. Examples include the book by my late compatriot Hans Rosling’s Factfulness along with Steven Pinker’s Enlightenment Now. These and some other books on the same themes are without doubt excellent and very well researched. Still, their recipe – although necessary and worth fighting for by all available means – remains insufficient. Their common-sense view of fact resistance provides the world with an incomplete toolbox for dealing with a fact-resisting, polarised society. There are few more polarized societies than those in the run up to a major election.

In my new book, Knowledge Resistance: How We Avoid Insight from Others, I aim to begin where several books on fact resistance end. I’ve found it necessary to dig deeply into the question of why more facts and more reason — while always necessary — are far from sufficient. The examples include childrearing, genetically modified food, nuclear power, climate change, vaccination, the origins of humans, religion, gender inequality, and more. Why do facts seem to carry so little weight, a tendency particularly apparent in today’s politics and in the wide-spread relativisation of scientific findings of the urgent problems of environment, health and wellbeing? And what else is needed to make better facts and more reason matter – leading to changes in views and action? To elaborate on these questions, I’ve interviewed numerous eminent scholars at Oxford and London universities in the social, economic, and evolutionary sciences about their views and experiences of knowledge resistance. I’ve analysed their views through the lenses of the latest findings on the topic across these disciplines and my own 20+ years of studies on human interests concerning the world’s challenges to move towards sustainable development. 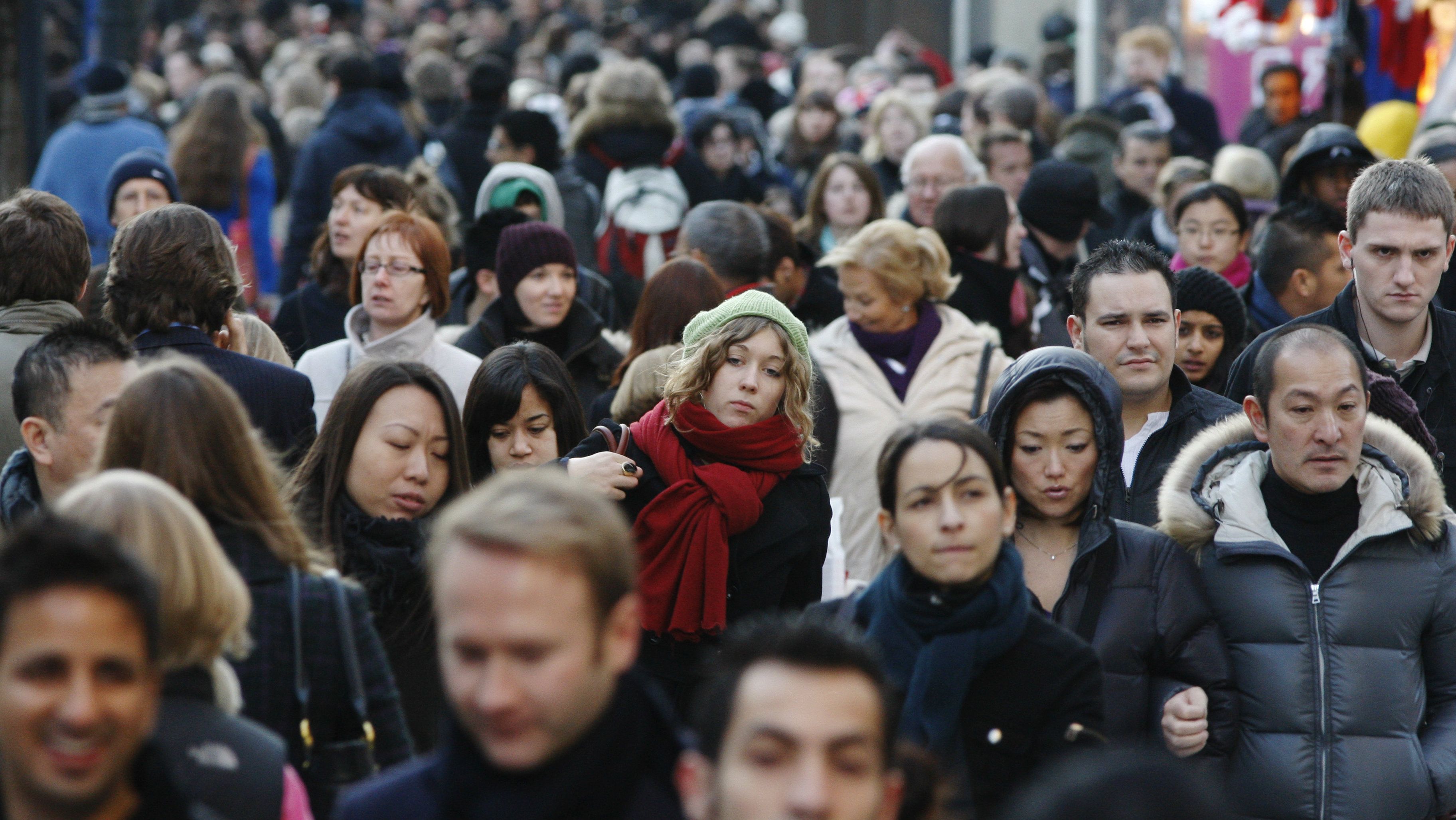 So why do people, groups and organisations – not just ‘they’ but also ‘we’ seem to take facts and truth so lightly in some social contexts? My short answer is: Because we humans, particularly during our 99.5 % of our history as the genus Homo when we lived as nomadic hunter-gatherers probably were helped by what today might seem a strange and irrational preparedness for believing or accepting false claims, myths, and prejudice under certain types of social conditions. The main thesis in my book – counter to the common-sense complaints – is that the human species has not evolved a primarily drive to search for ‘truth’ or to gain pure knowledge (whatever that is). Instead, we have evolved primarily to be accepted, trusted in the specific social groups where we feel at home. Often knowledge-seeking has synergies with the strengthening of our group bonding (such as when you prepare a well-researched PM for your boss at work). But when we don’t converge (such as when your group are deeply sceptical of vaccination, genetically modified food or climate change) we should – on average – be expected to prioritise not getting into conflicts with our group about it. Why? Because those among the earliest humans who were never prepared to share the beliefs of their community ran the risk of being distrusted and, by extension, excluded. And social exclusion meant an enormously increased risk of facing an unnatural death – caused by other groups, animals or by having no one to cooperate with. These early humans had far lower chances of surviving, reproducing, and becoming the ancestors of us who live today.

In Knowledge Resistance: How We Avoid Insight from Others , I show how the priority of the social over the best possible knowledge ought to have huge implications for how to successfully deal with or prevent knowledge resistance. Facts, improved arguments and education need to be exchanged, taking this deep-running social rationality into account. This could be through role-models, problem framings, and new types of scientific narratives that resonate with the intuitions and interests of more groups than our own. Moreover, what at the surface appears as fact resistance far more often has to do with worries about political and cultural consequences. What would happen in society should we all admit the knowledge claims of the opposite ideological side to be valid? ‘What if the Earth is round, and we admit it to ourselves and others?

If we take such social factors into account, the way forward would be to fight knowledge resistance by relating them to what lies closer to our hearts than factual claims: our social, cultural, and economic concerns rooted in our need to be accepted in our communities and to be part of strengthening them. How this could be done is something this book discusses at length through numerous examples. In the context of the December 12th UK general election, it means trying to understand that the manifesto priorities of the main parties are based on what those parties feel motivate their core…or perhaps those traditionally under the influence of their political enemies.

By Mikael Klintman, author of Knowledge Resistance: How We Avoid Insight from Others (Manchester University Press), 2019. 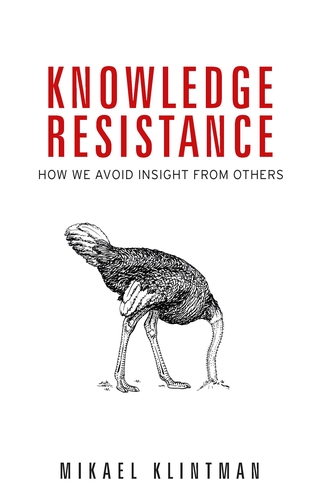 Knowledge Resistance: How We Avoid Insight from Others £10 https://manchesteruniversitypress.co.uk/9781526135209