By Victoria Bladen and Yan Brailowsky

Shakespeare has repeatedly challenged our reception and understanding of gender and sexuality. His plays and poems are of such a protean nature, that it is possible to find in them lines that echo one’s questions or feelings about one’s own identity. There are the anonymous lovers in the Sonnets who praise their objects of desire – either male or female – which has many wondering whether Shakespeare was gay or bisexual, provoking heated debates that make the headlines of popular and high-brow media outlets alike. And there are the plays in which the playwright seems to repudiate (female) gender in both tragic and comic keys, such as when Lady Macbeth calls on the spirits to ‘unsex me here’ (Macbeth, I.5) or when Celia wishes to lift Rosalind’s skirts to ‘show the world what the bird hath done to her own nest’ (As You Like It, IV.1).

For many critics, early modern drama – and Shakespeare’s plays in particular – serve as a turning point in this regard, as Western Europe was constructing the ‘modern self’ according to scholars such as Harold Bloom and Stephen Greenblatt, who both see Shakespeare’s Hamlet as signalling the birth of ‘modern consciousness’. 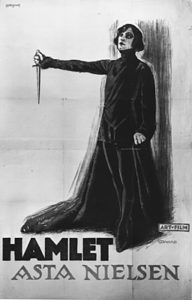 Elizabethan and Jacobean drama  disseminated a certain type of theatre, both popular and highly codified, staging gender relations that provided many psychologically complex feminine roles – all this, despite the absence of women actors on the professional stage. The Restoration in 1660 brought with it heteronormativity to the stage, stifling the reception of Shakespeare.

In the wake of the rediscovery of Shakespeare’s texts in the early nineteenth century, bold new interpretations of his take on sexuality challenged received wisdom. 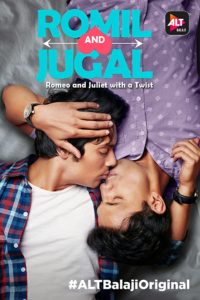 By the turn of the twentieth century, Sarah Bernhardt had performed the role of Hamlet to critical acclaim; two decades later, Asta Nielsen portrayed the prince of Denmark  as a woman whom her parents had disguised as a man at her birth, in a silent movie directed by Svend Gade and Heinz Schall. In the twenty-first century, Shakespeare is occasionally performed by all-male casts, such as with the Globe’s celebrated 2013 production of Twelfth Night, helping audiences to continue to question heteronormativity. Furthermore, in Shakespeare’s rich screen afterlives, even the iconic Romeo and Juliet has been reinterpreted with same-sex protagonists, in films such as Alan Brown’s Private Romeo (2012), and the web-series Romeu and Romeu (Brazil, 2016), Rome and Juliet (US 2017) and Romil and Jugal (India 2018-19). Shakespeare thus remains a key author and source for queer culture.