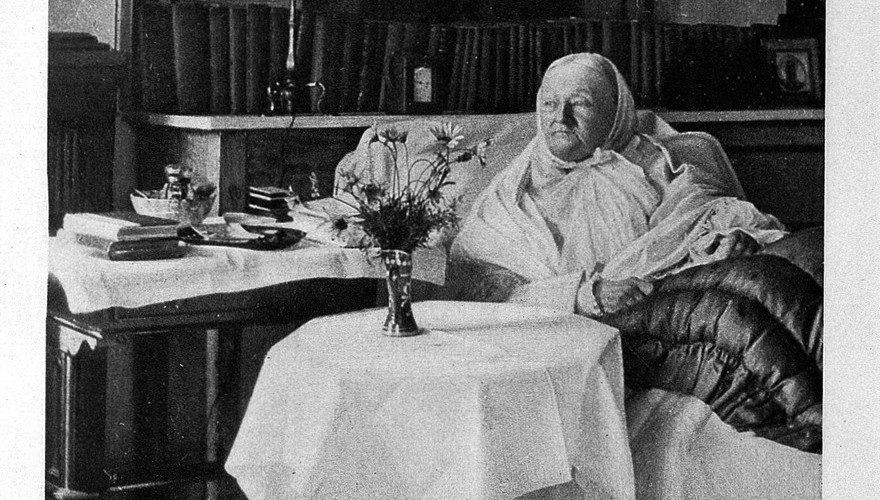 The UK is now in lockdown in an attempt to curb the spread of Coronavirus or Covid-19. Behaviours that previously went without comment, from proximity to others in a social group to sanitary hygiene among others, have come under scrutiny. And who knew so many people were washing their hands badly? Since the outbreak of Coronavirus, handwashing has become a hot topic in the media. There are websites that tell you why and how to wash your hands, how long to wash them for (20 seconds or as long as it takes to sing Happy Birthday twice),  a range of songs to entertain you while you’re washing them – from Karma Chameleon to Stayin’ Alive – and even a hashtag so that you can design your own musical accompaniment: #WashYourLyrics.

There is a science to handwashing during a Coronavirus pandemic, as well as a scientific reason why it helps. Coronaviris is an ‘enveloped virus’, with a protective outer layer made of lipids. Soap dissolves the fat membrane, causing the virus to become inactive. So while there is no pharmacological cure, and other ways of stopping transmission of this respiratory virus – like alcohol sanitisers – have become rarer than hen’s teeth, there is a cheap and effective means of removing the virus from your hands. Provided you wash them properly.

Other than handwashing and mask wearing – the efficacy of which is disputed – there is widespread public use of disposable and latex gloves. Shares in Top Glove, a Malaysian company that makes more than 70 billion pairs of gloves a year, have announced a 14 percent rise in the share price, and heightened public interest in their products.

Given the Queen took to wearing gloves in public appearances soon before the lock down, we might be forgiven for thinking there was a clear correlation between hand hygiene and glove wearing. But some sources suggest that glove bring a false sense of security. Wearing gloves, touching unclean surfaces, then touching your face, could actually mean you are more likely to come into contact with pathogens. For medical professionals, wearing gloves might mean not handwashing before and after seeing a patient, because the gloves are incorrectly viewed as a satisfactory alternative.

I was reflecting on this disjuncture between caution and complacency at a recent blood test, when the nurse donned a pair of sterile gloves before making a phone call, rummaging in a box for a new testing kit and handled a grubby tourniquet that she put around my arm before sterilising my skin and removing the cap from a fresh needle. What were the gloves for? Were they to protect me from infection, in which case they weren’t working – or to protect her – and if so, from what? Did she view me as unsanitary? How do our cultural ideas about germs and viruses, that are often infected by misinformation on social media as well as misguided habits – connect to our social practices around hygiene?

I recently co-edited a book that uses history to think through these complex questions.

Germs and Governance: the past, present and future of hospital infection, prevention and control will be published later this year by Manchester University Press. My co-authors are Professor Anne Marie Rafferty, Professor of Nursing Policy at King’s College London and President of the Royal College of Nursing, and Marguerite Dupree, Honorary Professor in the School of Social and Political Sciences at the University of Glasgow. Germs and Governance deals with infection control as one of the 21st century’s most challenging health problems, as witnessed by global debates about microbial resistance.

An interdisciplinary volume that brings together work by historians, healthcare professionals and policy makers, it considers the history and practice of infection control in the UK, and what we can learn for the future. It shows that emerging ideas about hygiene and infection do not happen in a vacuum, and there are multiple cultural, institutional and emotional factors that might impede or compel the translation of infection control procedures into everyday life. Which brings me back to gloves.

It was not inevitable in history that barrier methods like gloves (or, indeed, handwashing) would be seen as essential to hand hygiene, in the hospital or outside. Germs and Governance shows how ideas about cleanliness and hygiene, and the practices around them, went through many different formulations from the 19th century to the present, and often flew in the face of what we might consider (from our 21st-century vantage point) to be ‘common sense’ in pursuit of an often ill-defined, modern concept of ‘hygiene’.

It was not until 1858 that the concept of ‘hand hygiene’ came into being, sparked by the work of the Austrian-Hungarian physician Ignaz Semmelweis. Semmelweis discovered that puerperal (childbed) fever, could be reduced by the use of hand disinfectant, which stopped new mothers dying from infections borne of the morgue. He could give no scientific explanation for why hand washing reduced mortality to below 1 per cent, and his ideas were initially rejected. Semmelweis himself suffered a nervous breakdown and died in an asylum aged 47.

Years after his death, Semmelweis’ ideas gained acceptance when Louis Pasteur confirmed the germ theory of disease, Florence Nightingale introduced handwashing and hygiene practices, and Joseph Lister pioneered the use of antiseptics.  Modern ideas about the bacterial cause of communicable disease spread widely in the medical profession at the end of the 19th century, as shown by medical historian Michael Worboys, while viruses weren’t discussed until the early 20th century.

Yet a focus on gloves and handwashing as a way to reduce infection did not come into regular use until the early 20th century. From 1900 to 1930, different types of gloves and protective equipment were developed – from overalls and boots to surgical masks – as well as a range of practices designed to keep wounds clean. Barriers between hospital staff and patients, and between different patients, became commonplace.

Though it seems inevitable today to see disposable gloves as an essential barrier to protect medical professionals and patients, they were not in use by the 1880s, even when performing surgical procedures.  In his contribution to Germs and Governance, the medical historian Professor Thomas Schlich shows how slowly medical professionals took up glove use, preferring many different alternative technological solutions, including, in 1900, a thick coating of wax paste being applied to surgeons’ hands.

Even when surgical gloves were recognised as a useful resource in countering infection transferred from surgeon to patient and vice versa, they did not immediately become accepted in everyday practice. Even where glove use is a recognised and essential aspect of infection control, as Professor of Healthcare Epidemiology Jennie Wilson shows in her contribution to Germs and Governance, gloves continue to be misused and overused, including in ways that cause rather than prevent infection.

Thus my blood-taking nurse recognised the need for gloves to prevent infection, but wasn’t consistent in why and how to use them (and who they were designed to protect), despite their widespread use. Gloves provide a critical barrier in protecting healthcare workers from exposure to blood-borne viruses and contamination, though personal protection equipment for NHS workers coping with the Coronavirus outbreak – masks, aprons and gloves – has fallen below recommended WHO guidelines.

There is no one-size-fits-all glove that works (though the sizes are often gendered by default to men). There are different gloves for different tasks, and a balance must be struck between hygiene protection and dexterity. How gloves are removed can also impact on their efficacy at infection control.

Glove washing is not an alternative to handwashing, and not all gloves are equal. But it is the symbolic rather than the functional nature of gloves that provide an, often misguided, sense of wellbeing and safety. By giving a physical sense of separateness from others, an extra barrier to the self, there is a presumption of an added layer of safety from Coronavirus. That this is mostly illusory, as with face masks (most face masks unable to provide any meaningful protection from Coronavirus), but nevertheless gloves are proving popular. Their widespread use might even be taking supplies away from hospitals, as manufacturers are struggling to keep pace with demand.

What the history of glove use show in relation to hand hygiene and Coronavirus, is that it is human behaviour and practices that need to be considered in reducing contagion. This doesn’t mean only hand washing and the physical proximity to others, both of which are absolutely critical, but also the dangers of misconception. It is not necessarily teaching people about glove wearing that changes behaviour – all nurses are taught the purpose of gloves, whether or not they use them appropriately in practice – but also about recognising the emotion and habits involved. Unchecked, glove wearing increases the possibility of contamination as well as psychological comfort.

Dr Fay Bound Alberti is a Reader in History and UKRI Future Leaders Fellow at the University of York and Foundation Future Leaders Fellow at the Foundation for Science and Technology. Alberti’s forthcoming co-edited book Germs and governance: The past, present and future of hospital infection, prevention and control will be published in Winter 2021 by Manchester University Press.

This article was originally posted on the FST Blog on the 1st April 2020.