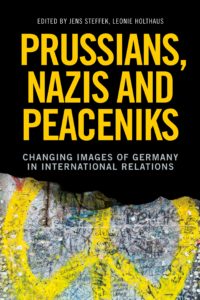 In a recent article on Germany’s reaction to the coronavirus crisis, Judy Dempsey praised Angela Merkel for “a special kind of leadership based on compassion, openness, and a hands-on approach”.[1] Dempsey wrote these lines with Merkel’s television address of 18 March in mind.

It was the first time since she took office in 2005 that Merkel addressed the nation directly, traditional New Year’s greetings aside. The coronavirus address was a typical Merkel speech of the more recent type, showing resolve and empathy at the same time. In its calm and sober tone, it differed markedly from the strident war rhetoric adopted in some other Western capitals. To many observers, Germany’s political response to the crisis seemed like a beacon of rationality when compared to the rolling and pitching of the British and US governments.

Elsewhere in Europe, however, the assessment of Germany’s role in the corona crisis was much less sanguine. The Italian press, in particular, is conjuring up older images of Germany. In many articles, and not only in the populist press, Merkel is pictured at the helm of a heartless hegemon that once again tries to subdue the European continent. Many Italians are aggravated by the staunch German opposition to having Eurobonds, government bonds to be issued jointly by the eurozone states. Rebranded as Coronabonds for the occasion they should help Southern members of the Eurozone to shoulder new public debt. In the context, Paolo Savona, President of Italy’s public authority regulating the securities market (Consob) and die-hard Eurosceptic, even gestured at the 1940 “Funk plan” for a new European financial order under German leadership.

Such puzzling oscillations of Germany’s image abroad prompted Leonie Holthaus and me to start our book project Prussians, Nazis and Peaceniks: Changing Images of Germany in International Relations. Situated at the intersection of International Relations (IR) and history, the book analyses and compares external perceptions of Germany during the 20th century. Few countries of the world, if any, have seen their image change as radically throughout the 20th century. Until 1945, German foreign policy was associated chiefly with militarism, territorial expansion and a pronouncedly anti-liberal political culture. After the Second World War, images of party rallies, marching soldiers, concentration camps and cities reduced to rubble stuck in public memory. At the same time, the US tried to include the Federal Republic into the anti-communist West and actively tried to remodel the country’s public image, as Brian Etheridge shows in his chapter. Towards the end of the century, the newly united country was widely perceived as a ‘civilian power’, an economic giant but military dwarf, firmly committed to multilateralism, European integration and the peaceful settlement of disputes.

Images of Germany not only determined the way that Germans were seen or treated by others. Many chapters in our book demonstrate that such images even influenced the very concepts used to describe and theorise international relations in the English-speaking world. International theorists invoked the case of Germany as example, contrast foil or cautionary tale when making more general points about the nature and regularities of international relations. According to figures compiled by Ned Lebow in Chapter 11, only references to the US have been more frequent than references to Germany in IR theory books since 1939.

IR as an academic discipline was established when its English-speaking founders distinguished their vision of cooperative international relations from an inherently aggressive and militarised “Prussian” foreign policy. In that sense, one particular image of Germany was almost constitutive for the nascent discipline of IR. In the interwar years, the German fight against the treaty of Versailles allowed liberal internationalist to distinguish multilateralism and the international rule of law from Germany’s revanchism and aggression. Yet it also posed another question to IR that the early realists addressed. German revisionism pointed to the problem of how an international legal order, imposed by some states in a particular situation and for particular purposes, would be able to accommodate subsequent changes in the balance of power. In their engagements with Germany, E.H. Carr and other early IR realists “normalized” the ruthless power politics that the liberal internationalists had castigated as uncivilised behavior.

The historical episodes collected in our book show that there has never been just one single image of Germany and never just one single way of interpreting it. Rather than a neat succession of images replacing each other at some point, there always was, and still is, a reservoir of images and stereotypes to draw from. The case of Germany, in that sense, is just a prism through which we can see more general dynamics of identity construction at work in international affairs.

Jens Steffek is Professor of Transnational Governance at Technische Universität Darmstadt, Germany, and a Senior Research Fellow at the Center for Global Cooperation Research in Duisburg.

Prussians, Nazis and Peaceniks: Changing images of Germany in International Relations, edited by Jens Steffek and Leonie Holthaus, is available to buy now.