To witness the career of Hattie Jacques during the 1970s is, to borrow a phrase coined by Joe Queenan, to witness the efforts of the ‘working famous’. When the telephone did ring, it might be one of the increasingly mean-spirited Carry On films or South African and Australian stage versions of BBC TV’s Sykes. Alternatively, there was a succession of advertisements; the television campaign for British Rail and posters variously extolling the virtues of the Datsun Cherry or Black and White Scotch. Some of these sales efforts could easily be the work of Joe Orton’s alter ego 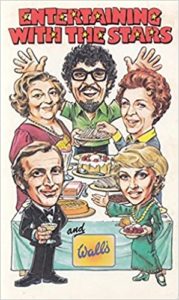 Such professional activities were far from unknown for senior members of Equity.  Benny Hill promoted Air India and (almost inevitably) Unigate Dairies. Sidney James fronted campaigns for Sparklets Home Brew and Shooter Snooker. But with Hattie Jacques, the adverts followed the depressing trajectory of so much of her career. As early as 1952 she was the ‘fat girl of radio’ (The People, 31 August), and by 1960 The Daily Mirror billed her as ‘the fat girl comedienne of TV, radio, stage and film’ (4 November). In that same year, the smug Pathé News commentator stated Jacques was ‘taking up her share of Soho Square’ at Tommy Steele’s wedding. A decade on, the message was the same: as she was large she was therefore ‘jolly’, and either sexless or ‘hilariously’ over-sexed.

Weight is an issue that sadly dominated Jacques’s screen roles, even on the radio with Tommy Handley and Tony Hancock, yet it is her voice that most readily come to mind. Those incisive tones frequently expressed imperious annoyance at her subordinates, just as her dark-eyed stare had the power to quell any number of leading men. A director might also make good use of the actress’s dancing training – Matron in Carry On Nurse (1959) 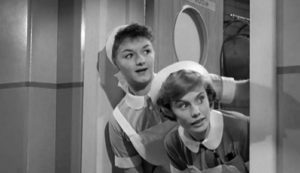 positively glides down the corridor. There is also the wonderful 1955 travelogue Tonight in London which showcased Jacques as the shining light of the Player’s Theatre, leading the audience in the chorus of ‘My Old Man.’

Much of Jacques’ career also reflected the lot of the supporting ‘artiste,’ whereby they create a virtuoso performance and the nominal lead vamps on the thespian equivalent of three chords. With British cinema of the 1950s, it is so often the cast members billed as ‘With’ that one recalls, as opposed to a Brycreemed clothes horse. Happiness was a picture ‘Also Starring’ David Lodge, Lionel Jeffries or indeed Jacques and as with any great character performer, Jacques frequently transcended her surroundings. This can be witnessed in Carry On Nurse, the film that made her a star in the eyes of the public if not the ever parsimonious Peter Rogers, and Carry On Cabby (1963) – the only entry 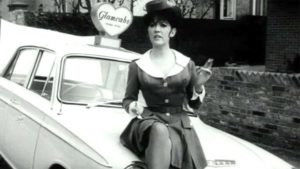 in the whole series portraying a plausible marriage. It is Peggy Hawkins rather than her screen husband who dominated the narrative – although Sidney James received a far more generous fee. Hattie Jacques inspecting the massed ranks of Ford Consul Cortina Glamcabs is simply one of the most indelible moments of British comedy cinema.

On rare occasions, a character actor escaped the chains of type-casting; Colin Gordon in Strongroom (Vernon Sewell 1961), Peter Vaughan in Smokescreen (Jim O’Connolly 1964), and I would say, Jacques as Mrs. Albion in The Pleasure Garden (James Broughton 1953). This is Matron freed from the wards or Miss Pugh on her day off from 23 Railway Cuttings; a Mistress of Misrule freeing London from pseudo-Victorian puritanism. Better 39 minutes of her dancing through the grounds of Crystal Palace than all eight reels of Carry On Camping (1969), especially when Mrs. Albion informs the formerly respectable that: 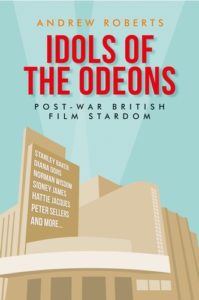 Idols of the Odeons, Post-war British film stardom by Andrew Roberts is published this month (April 2020).