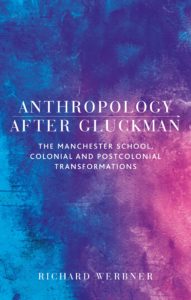 Reflections on the many sidedness of the 20th century Manchester School speak to the social anthropology of our troubled times.

Yes, the Kgotla of Sedimo at Moremi village.

A book on ‘Seeking Customary Justice in Botswana’.

The dead carry with them to their graves only that which they have given away.

Anthropology after Gluckman: The Manchester School, colonial and postcolonial transformations by Richard Werbner is available to buy now.