‘Alan Bennett is trending on Twitter’ is a sentence I thought I would never say. The iconic Talking Heads monologues were created for the BBC in 1988 and 1998 respectively, performed by equally iconic casts, including Bennett himself. Now, they have been re-made, with a well-known and should-be well-known cast and a range of directors, invited by Nicholas Hytner, Bennett’s long-term collaborator. The monologues turn out to be a poignant choice for the age of lockdown, a period whereby we are all used to being alone in rooms, even talking to ourselves – and possibly having more time to think in detail of the lives of others: have they put the right bin out? That’s their fourth takeaway this week! 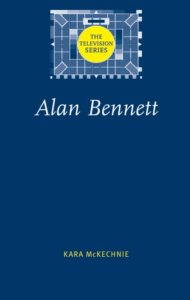 In my 2007 monograph on Bennett’s television work, the Talking Heads chapter was titled ‘Reinventing the Monologue’ and one of its main points was that the plays were ‘formally simple and generically complex’. They draw from a big range of influences: short story, the dramatic monologue in poetry, the comic monologue of music hall and even portrait photography where the sitters were allowed to be seen as they saw themselves. I remember reactions to the second series of monologues in 1998, which were dark, intense and tackled taboos in often disturbing ways. Yet, their remake has prompted surprise along the lines of ‘I don’t remember the darkness’. What is the reason for the ongoing ‘cosyfication’ of Alan Bennett?

Alan Bennett seems to have turned into an archetype over the decades – ‘that’s so Alan Bennett’, people remark, meaning that mixture of dry, precise, self-deprecating and archaic speech, not of this time. Bennett himself has often spoken about the fact he feels left behind by contemporary life and culture, as any 86-year-old would. I feel that he has been, to some extent, conflated with his characters, reduced to a near stereotype, de-complicated, made harmless by the ‘tweeness factor’, celebrated for being alive and still not having white hair (those Yorkshire genes!!). The Bennett persona, given the National Treasure treatment by press and public, obscures Alan Bennett’s principles on occasion. He has openly admitted that this persona is a convenient version of himself: ‘I’d rather the public had an image, and not quite fit it. That way, you’re free.’ (Interview with T. Adams, 2000)

This whimsical Northern National Treasure (Bennett hates being referred to like this) expresses some strongly held beliefs in essays and diaries, and in his plays. Bennett is politically progressive, more radically so in his old age, but is still socially conservative, leaning towards preservation and urging us to take lessons from the past – he was, after all, an historian before he became a writer with voices ranging from the stage via television to journalism. Also, for his beliefs to be articulated strongly they seem to have to be based on his own experience, to be part of his repertoire. This can come across as parochial and reactionary, occasionally also repetitive. It also means that diversity is scarce in his writing, and if he does attempt it, might come across as slightly tone-deaf. Bennett’s Talking Heads characters are of an age and disposition where ‘the other’ is often perceived as a threat – and audiences conflate Bennett with his characters. Given current urgent and overdue work to diversify the canon, to extend the range of voices we hear in theatre and literature, the irony of a white male playwright feeling he does not fit in is not lost on me. I would suggest though, that Bennett does write wonderful parts for women of my age (and beyond).

So, is Bennett clinging on to a world which has moved on? Not necessarily – but his characters are, and this is especially important when considering Talking Heads. Bennett shows people who have been left behind, who are at odds with a world which does not notice them, or does not care about them in all their complexity. Neighbours overlooked (Miss Ruddock), wives silenced by their husbands and by societal expectations (Susan, Marjory, Rosemary), characters trapped by fear or convention – people whose expectations have not been met and who are trying to matter in an indifferent world. Many of the protagonists are not likeable and we would think twice before starting a conversation with them. That is the point: Bennett makes us listen to them, by amplifying their thoughts, by dramatising their lives for us to observe. Characters are not spokespeople for social change, but an example of what might happen if change is not achieved.

Does Bennett neglect the political in favour of the personal? I’d argue that amplifying the personal to make the voices of overlooked characters heard is a political act in itself. It is also important to distinguish the voices Bennett uses for the different media at his disposal: Bennett’s anger at Thatcher’s re-election results in a furious diary tirade, but in his play A Question of Attribution, The Queen laconically says to Anthony Blunt that ‘Governments come and go. Or don’t go.’ In Talking Heads, political references are not topical, instead showing inarticulate characters trying to cope with the difficulties brought on by governments or bureaucracies. The helplessness of marginalised characters could be interpreted as political, as the author demands that these voices be noticed, at their most tragic and at their most comic.

The focus of the monologues is intensely personal, with compelling storytelling leading us into a character’s life, letting us hear their private thoughts. But specificity and universality still go hand in hand. The stories which are revealed lead us into unfamiliar territory, into another person’s life, a point-of-view shot lasting 30 or 40 minutes. Even if the revelations are unflattering, damning and (from the characters’ points of view) unintentional, they make us realise how much energy is spent on ‘seeming’ a particular way, how much we deceive ourselves in trying to deceive others – and how we unconsciously reveal this deception. Bennett confronts us with the rich and strange stories of people whom we didn’t expect to have anything interesting to say. And so, Talking Heads evokes a whole range of feelings: pity, fear, occasionally a sense of superiority, humility, and overall, the notion that we need more empathy and less judgement when navigating the strange lives of others. Attention must be paid.

In many ways, the monologues are classic Bennett: the overlooked protagonist is a constant presence in his oeuvre, for example, but it is his take on the monologue which makes Talking Heads unique. It is here that Bennett’s sociological gift, the forensic quality of his language, his ability to channel characterisation through a turn of phrase, to evoke a character’s whole world in a silence or an actor’s facial expression are at their most concentrated.

The paperback edition of Alan Bennett by Kara McKechnie can be ordered on our website.