The 2016 campaign slogan “Make America Great Again” declared that all was not right with current America. And for most people that was a correct assessment after 1980. According to economists Thomas Piketty and Emmanuel Saez between 1973 and 2000 the average income of the bottom 90 per cent of American taxpayers fell by 7%. Incomes of the top 1% rose by 148%, the top 0.1% by 343%, and extremely well off in the top 0.01% by an amazing 599%.

Candidate Trump tapped into a legitimate source of anger and frustration over the failings of the status quo, something that establishment candidates like Jeb Bush in the Republican primary and Hillary Clinton in the presidential race could not do. Trump campaigned as a populist, appealing to “everyday” Americans with the claim that the elite (defined as the liberal establishment and government bureaucrats) were responsible for America’s decline. It was the government that had allowed jobs to move away by signing “bad” free trade deals, killed jobs by regulating and taxing corporations, allowed unskilled immigrants to flood into the country and steal American jobs.

Many of the cures that sprang from this diagnosis of the ills facing America were little more than a gift to the real elite – the top 1% of income earners: lower taxation (particularly for the rich and corporations), across the board reductions in cost increasing regulations, and the famous “repeal and replace” of Obamacare. Other planks in the policy platform, on the other hand were fairly radical departures from policies traditionally supported by the rich, particularly business owners. His promise of job creation for American workers, in large part, rested on shielding them from competition from foreign workers through renegotiating free trade deals and restricting immigration, neither of which are generally preferred by the US business community.

So, who voted for him?

Rich people have traditionally skewed Republican, and Trump was no exception, but this requires little explanation given the obvious alignment between Republican policy and the economic interests of the well to do. More difficult to explain is poor people voting Republican. The trend of less educated whites (LEWs) voting Republican is a long-term trend, but it was further strengthened in the 2016 election. As education levels decreased among whites, support for Trump in the election rose. Trump’s advantage over Clinton among LEWs was nearly 40 points. One study concluded that this “was possibly the single most uniquely important divide documented in 2016”. Trump’s support was strongest in counties with the highest levels of “economic distress,” and correspondingly high levels of high drug, alcohol, and suicide rates. While much of the US population had ample justification for being disgruntled, less educated whites most strongly identified the source of that discontent as a government that sided with “others” (whether this meant minorities, women, or foreigners) at their expense. The fact that the economic privilege (the social and cultural dominance was more concrete) of a less educated, white American could only have been considered a privilege when compared to the even more marginal circumstances endured by the less educated members of the African American population or recent migrants perhaps meant that advantage over so few needed to be protected all the more fiercely.

Is Donald Trump Making America Great Again for Anybody Else?

Some of President Trump’s policies may actually benefit lower income Americans. He renegotiated the North American Free Trade agreement with Canada and Mexico to include provisions that protect the wages of autoworkers by including a clause to ensure that a significant proportion of cars being sold in North America be produced at facilities pay at least $16 an hour. Wage competition with workers in Mexico may also be reduced by clauses that expand and protect Mexican’s right to unionize. These are genuine improvements over the previous deal.

However, these gains for everyday Americans are likely to be overwhelmed by the distributional impact of Trump’s signature tax bill, which he described as a wonderful Christmas present to the American people when it was passed in 2017. The bill includes cuts the corporate tax rate from 35 to 21 percent, decreasing the personal income tax rate for most tax brackets including reducing the highest income rate from 39.6 to 37 percent. Many of the provisions that benefit those in lower income groups are scheduled to end after 2025, so those with incomes below $75,000 would actually see their taxes increase after 2027.

Despite Trump’s claims that the tax reform will cost him a lot of money personally, it will actually benefit him and those in his country club income bracket handsomely. According to the Tax Policy Center at the Brookings Institution, by 2027 the top 0.1 percent will receive 60 percent of the tax cuts. The top 1 percent gets 83 percent. Jeffrey Sachs described it as “daylight robbery by the super-rich against the rest of society.”

Plundering social programs that aid those with lower incomes to improve the lot of the very rich will make American worse for most of the LEWs that voted for Trump in 2016 but great for Trump and those who share his economic position. Perhaps one of the biggest questions for the 2020 election is whether LEWs can be convinced that in propping up Trump to defend their position relative to the even more marginalized, they are costing themselves grievously relative to the real elite, who are making out like bandits. 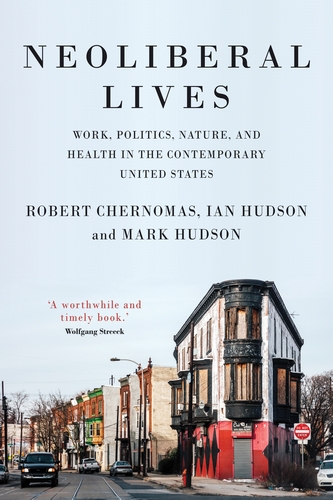