It was a common assumption among the educated classes in European society in the 18th Century (in the ‘Age of Enlightenment’) that man is at all times and places the same.  This was also a founding assumption of the American Declaration of Independence of 1776.  During the same period, however, there was a developing ‘romantic’ interest in ‘noble savages’ and in ‘primitive societies’.  During the 19th Century, the enlightenment certainty collapsed.  The influence of Darwin’s thought suggested that humans had evolved through time.  Inspired by Comte, Western society began to believe that mankind was moving into a new phase of history in which human behaviour in society could be understood by a ‘positive’ science – sociology – and could be managed accordingly.  Research in social anthropology offered an alternative view in that it showed that non-Western societies organized themselves differently and that this difference could not be explained in terms of a progression from primitive to cultured. 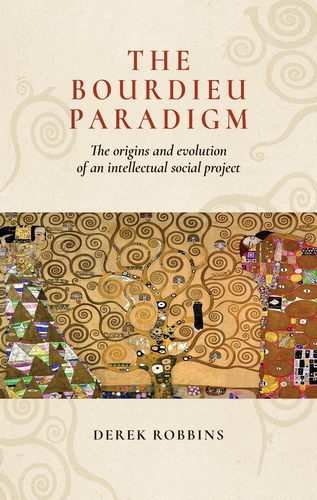 Brought up in a peasant community in South-West France, Pierre Bourdieu (1930-2002) was educated in philosophy in the 1950s in the prestigious École Normale Supérieure, Paris, but he retained his attachment to the culture of his origins.  He wrote a thesis on enlightenment philosophy but a turning-point in his career came when he was called up for military service in the French armed forces in Algeria during the Algerian War of Independence (1958-62).  While in Algeria he absorbed the methods of social anthropology and carried out fieldwork on indigenous tribes.  On returning to Paris, he published the findings from this research at the same time as he was employed in a centre for sociological research.  As a researcher in this centre, he directed enquiries about student culture and learning.  These meant that he was thought to be a ‘sociologist of education’, but, in fact, he was analysing educational institutions and practices as a case-study in France of what he had observed in Algeria, that is to say that he argued that the education system in France was a device for perpetuating the power of the socially dominant just as colonial intervention in Algeria had marginalised or excluded indigenous people. Bourdieu’s educational researches of the 1960s were a prelude to systematic analysis of other fields in society in which supposed innate ability was a fiction developed by the powerful to retain positions of powerful authority over the disadvantaged.  Throughout his career, Bourdieu was exercised by the problem of how to communicate an understanding of how individuals position themselves within society without imposing that understanding on the self-definition of others but, also, without denying the consequences of the process by which he had acquired his own intellectual perspective.

The Bourdieu paradigm investigates the way in which Bourdieu tried to come to terms with this dilemma.  It is not explicitly about Bourdieu as a ‘sociologist’ but about Bourdieu as an intellectual who wanted to deploy his knowledge and skill to foster an egalitarian society.  This meant advancing the ideas of ‘reflexive sociology’ and ‘socio-analytic encounter’.  The sub-title of the book is significant:  ‘The origins and evolution of an intellectual social project’.  It sets up a frame of reference for Bourdieu’s work derived from a contrast between the inter-actionist thinking of Alfred Schutz and the ‘field’ theory of Aron Gurwitsch, the former arguing for self-definition through social association in the present, and the latter insisting on the unavoidable influence on this process of a legacy of historically constructed meanings imposing themselves on our everyday modes of thought.  Schutz and Gurwitsch developed their ideas in Austria and Germany in the 1920s.  They became friends and discussed their intellectual differences when they both migrated to the United States.  Their thought was mediated in France by Maurice Merleau-Ponty and this gives the link to Bourdieu.  The production and the reception of this intellectual legacy were socially contingent rather than of universal validity.

The book suggests that Bourdieu was in sympathy with the legacy of Gurwitsch.  Bourdieu developed his ‘field’ theory sociologically.  The book implies that this theory is self-fulfilling or self-affirming in the sense that Bourdieu tried to maintain a balance between social action and thought.  The ‘paradigm’ is not the substantive way in which Bourdieu did this but, rather, the fact that this was what he tried to do.  The intention of the book is that readers, aware of their own continent situations, should generate their own social projects by referring pragmatically to Bourdieu’s resolution of a continuing problem for ‘intellectuals’.

To purchase a copy of The Bourdieu Paradigm, please follow this link Manchester University Press – The Bourdieu paradigm