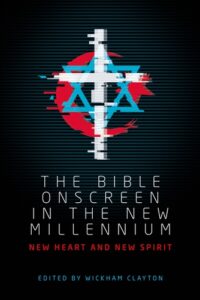 Cinemas are opening again, and the film industry is hoping audiences want to go back to ‘business as usual’. This seems evident through the most recent high-profile cinema releases, including Disney’s Cruella, as well as the latest entry in the Conjuring franchise/universe, The Conjuring: The Devil Made Me Do It. Disney’s live-action reimaginings of classics seem to be a continuous strategy for the studio, and horror seems to be marketable, with The Conjuring (2013) sparking what might arguably be the most significant horror franchise of the last ten years, including the Annabelle films and The Nun (2018). The fact that another film in the series was held for a cinematic release with the aim of garnering some attention and profits for the late-COVID industry revival shouldn’t come as much of a surprise.

The Conjuring films centre on a fictionalised version of real-life couple, Ed and Lorraine Warren, helping people experiencing various forms of hauntings by using their Catholic faith to banish the misdeeds of demonic forces. Horror has a very comfortable relationship with expressions of religious history and faith, and The Exorcist (1973) is one of the most important examples of this. Certainly, in mainstream culture stories linked to a genre frequently associated with the supernatural threatening the natural, the only forces that can be harnessed to fight back are the supernatural forces humans place faith in to help, comfort and heal. This also allows people to accept the existence of these forces whether they believe in them or not, because the presumption around these films is that, within these stories, the supernatural does exist.

My research background is strongly connected with horror, but I do have a long-standing personal interest in religion and faith which predates my fascination with horror and the old woodcuts of Vlad the Impaler. I, and many wonderful colleagues have been able to explore films surrounded by questions of faith in my publication for Manchester University Press, The Bible Onscreen in the New Millennium: New Heart and New Spirit. This collection has given us the opportunity to explore films based, in various forms and fashions, on the Bible, primarily those released after the year 2000, with Mel Gibson’s strikingly successful and hotly debated The Passion of the Christ from 2004 as a key flashpoint.

The Biblical epic, or even adaptation, was a spectacular mainstay of Classical Hollywood, with lots of money going into, and coming out of them. These films, however, frequently are intended to interact with faith and belief, and while the social consensus seems to have moved away from religious faith in the 1970s through the 1990s, with the American culture wars playing a significant part in the interaction between faith, politics and society, the 2000s saw an increase in vocal religiousness. Furthermore, much of the western cultural tensions around religion post 2001 saw the hegemonic powers, and certainly their most reactionary factions, frequently siding with Christianity and Judaism against Islam (which is also contrary to the core teachings of these belief systems), and also with Judaism consistently targeted as well if one follows the debates around representation in The Passion of the Christ and the broader uptick of antisemitism and Islamophobia most recently. Furthermore all of these belief systems have the same origins within the Old Testament, and we still see these tense dynamics as prevalent in anglophone political discourse. Whether we can link these tensions and attentions to the rise of Biblical adaptations in cinema, there is continued validity in researching and understanding these cultural texts because it not only helps us to understand our current social and political moment (and how we got here), but allows us to consider what audiences want to see, and the people who continue to enjoy films based on the Bible.

The Bible Onscreen in the New Millennium: New Heart and New Spirit began life as I sat in the cinema preparing to watch a film. A trailer for Timur Bekmambetov’s adaptation of Ben-Hur (2016) came on, striking me as an interesting source for reimagination. Why have Biblical films seen a resurgence? Why are they only being addressed as one-off case studies? Why are the most popular ones, after Gibson’s film, made by self-proclaimed atheists and agnostics, such as Darren Aronofsky’s Noah (2014) and Ridley Scott’s Exodus: Gods and Kings (2014)? How are stories about the supernatural that reflect the real beliefs of people, and are aware of this, different from those that presume the supernatural is a fictional construct, and presume audiences agree? And why does scholarship frequently ignore the others, particularly films made within explicitly faith-based communities?

These are the questions that spurred my research here. However, I also wanted to incorporate the points of view of people with a range of backgrounds, personal and professional. Working with established film scholars such as Martin Stollery, Mikel Koven, Andrew B. R. Elliott, as well as historians such as Karen Patricia Heath, theologians such as Peter Phillips, faith-based scholars and bloggers such as Matthew Page and including a prefaced by noted Biblical film scholar Adele Reinhartz, this collection not only incorporates a range of points of view on these films, but intrinsically presents debates around the status of these recent films and their distinction, or lack thereof, from the Classical Hollywood Biblical epics. These observations, debates, arguments and analyses aim to drive forward discourses and research around films based on the Bible, as there are now more unique and emerging case studies to help us understand film, faith, fandom and finally ourselves.