‘My great-grandfather was in the Fianna.’ I’ve been hearing variations of that sentence ever since I started presenting public lectures on Na Fianna Éireann, an Irish nationalist uniformed youth group whose members participated in such events as the Easter 1916 Rising in Dublin. In Ireland people tend to take their history personally, often recognising how it relates to their own family. Now that my book Na Fianna Éireann and the Irish Revolution, 1909-23: Scouting for Rebels is available as an affordably-priced paperback, I’m hoping that it will reach a new audience – one that includes the descendants of Fianna members who contributed to the revolutionary events currently being commemorated as part of Ireland’s decade of centenaries. 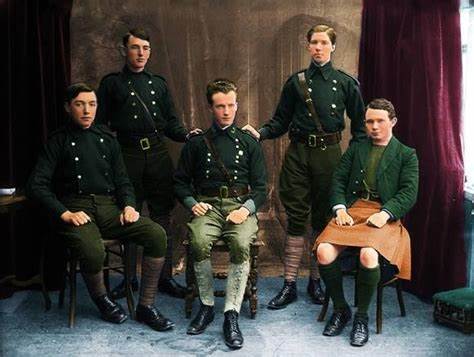 Two Protestant Irish nationalist activists, Countess Constance Markievicz (née Gore-Booth) and Bulmer Hobson, established Na Fianna Éireann, or the Irish National Boy Scouts, in 1909. They wanted to counteract the growing popularity and influence in Ireland of British uniformed youth groups, such as the Boy Scouts and the Boys’ Brigade. The Fianna soon spread beyond their Dublin headquarters, offering a combination of military training, outdoor adventure and Irish cultural activities to a mainly male membership. Fianna troops for girls existed for brief periods in Belfast and Waterford during the years covered by the book. Between the organisation’s formation in 1909 and near decimation during the Irish Civil War of 1922-23, Na Fianna Éireann recruited, trained and nurtured a cadre of young nationalist activists who made an important contribution to the struggle for Irish independence.

In examining the early history of the Fianna, I sought to situate them within the wider international context of uniformed youth groups which emerged in the late nineteenth and early twentieth centuries as a response to societal anxieties associated with the coming war in Europe. I also wanted to compare and contrast the Fianna to other Irish youth groups of the period, such as the Clan na Gael Girl Scouts, and demonstrate how the Fianna engaged with their adult counterparts in the nationalist movement, for instance, the Irish Volunteers, later known as the Irish Republican Army.

The history of children, childhood and adolescence is a growing area of academic enquiry in Ireland, and through my research I have 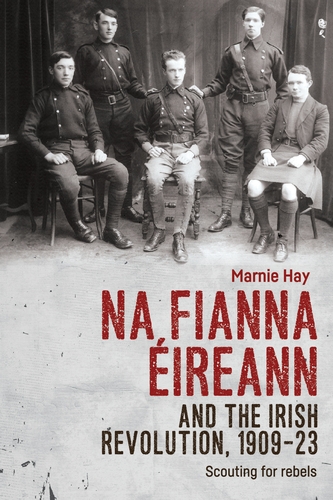 endeavoured to write children and youth into the historiography of the Irish Revolution. I hope that my book will encourage other scholars to delve into the history of the Fianna to produce, for example, regional studies of the youth group or research on the organisation post 1923. In the appendices of my book, I have included lists of former Fianna members who gave witness statements to the Bureau of Military History or applied for Military Service Pensions as well as a table indicating the location and strength of Fianna units in Ireland circa 1921-22. Such information will help future researchers to follow in my footsteps and embark on their own fresh research paths. Given that Irish Military Archives have been releasing new tranches of digitised files from the Military Service Pensions Collection on an ongoing basis (much to my consternation as I was trying to finalise the manuscript!), there will be more archival material for future researchers to explore.

When I was writing this book, I envisioned an audience that encompassed fellow researchers as well as people whose grandfathers or great-grandfathers were in the Fianna. Hopefully, the publication of this paperback edition will make my book more accessible not only to these two diverse groups, but also to a range of readers in between.

Na Fianna Éireann and the Irish Revolution, 1909–23: Scouting for rebels by Marnie Hay is available from all good booksellers.

To claim 30% off the RRP of £20, why not sign up for the MUP newsletter in the box below to receive your exclusive discount code.