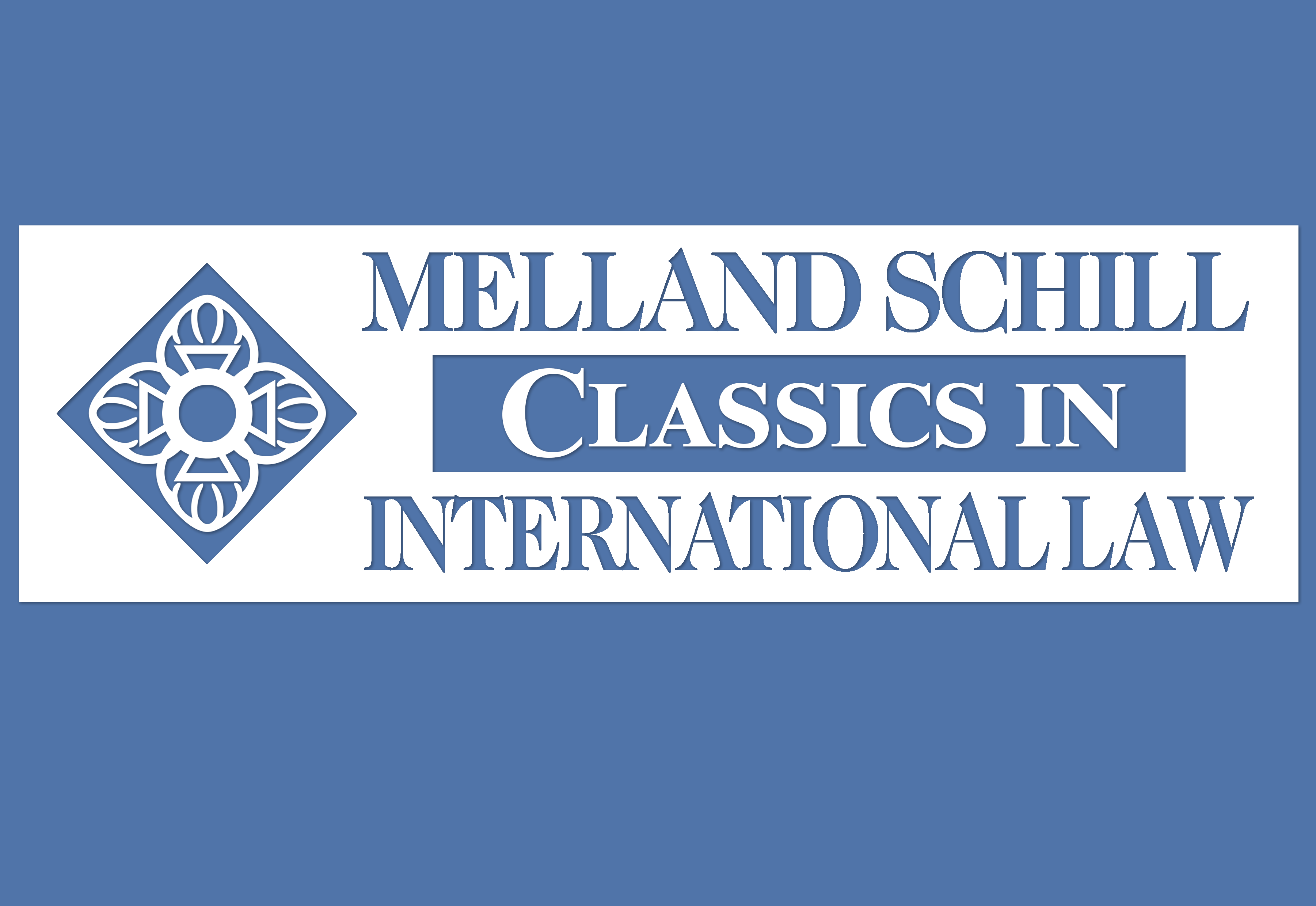 Founded as a memorial to Edward Melland Schill, a promising scholar killed during the First World War, the Melland Schill Lectures (1961-74) were established by the University of Manchester following a bequest by Edward’s sister, Olive B. Schill, to promote the understanding of international law and implicitly lessen the possibilities for future conflict. Dedicated to promoting women’s employment rights and access to education, Olive’s work is commemorated in both the Melland Schill series and the Women in International Law Network at the University of Manchester.

The Melland Schill Lectures featured a distinguished series of speakers on a range of controversial topics, including Quincy Wright on the role of international law in the elimination of war, Robert Jennings on the acquisition of territory, and Sir Ian Sinclair on the Vienna Convention on the Law of Treaties.

In the 1970s, Gillian White, the first woman appointed as Professor of Law in mainland Britain, transformed the lectures into a monograph series, published by Manchester University Press. Many of the works previously published under the name ‘Melland Schill monographs’ have become standard references in the field, including A.P.V. Rogers’ Law on the battlefield, which is currently in its third edition, and Hilary Charlesworth and Christine Chinkin’s The boundaries of international law, which offered the first book-length application of feminist theories to international law.

Closely linked to the Melland Schill Studies in International Law series and carefully supervised by the editors, these volumes have been updated and reissued in paperback for new generations of scholars and practitioners.

In conjunction with Manchester University Press, the University of Manchester Library has digitised the Melland Schill Lectures (1961-74). As a result of this innovative Open Access partnership, previously unavailable and highly prized scholarly resources are now freely accessible to researchers around the world.

The boundaries of international law

A feminist analysis, with a new introduction

By Hilary Charlesworth and Christine Chinkin

The acquisition of territory in international law

With a new introduction by Marcelo G. Kohen

Originally published by Manchester University Press in 1963, this book is now regarded as a classic of international law literature. Jennings examines the major issues relating to the acquisition ... More