Art and its Global Histories 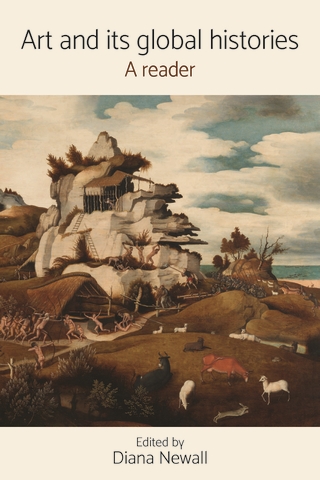 A new series offering an accessible introduction to the ways in which the history of Western art from the fourteenth century to the present day has been bound up with cross-cultural exchanges and global forces.

Each of the four textbooks in the series explores a distinct period of this long history, apart from the third, which focuses on the art and visual culture of the British Empire, with particular reference to India. All of the textbooks are designed to be read independently by the general reader. To encourage the reader to reflect on the material presented, each chapter contains short exercises in the form of questions printed in bold type which are followed by discursive sections.

There is also a companion reader, Art and its Global Histories: A reader, edited by Diana Newall. The Reader is organised under key themes and ideas that underpin the notion of a global art history spanning from the fourteenth century to the present day.

Art and its global histories

Inspired by recent approaches to the field, the book reexamines the field of Renaissance art history by exploring the art of this era in the light of global connections. It considers the movement ... More

The book examines how increasing engagement with the rest of the world transformed European art, architecture and design. It considers how commercial activity and colonial ventures gave rise to ... More

The book explores British art in relation to British India. It examines the aesthetic interactions initiated by the Anglo-Indian colonial encounter across the disciplines of painting, ... More

From Colonialism to Globalisation

Ranging from early twentieth century modernist appropriations of non-western art through to the ways in which Mexican muralists in the 1930s negotiated European avant-gardist strategies, and then ... More