Identities and Geopolitics in the Middle East 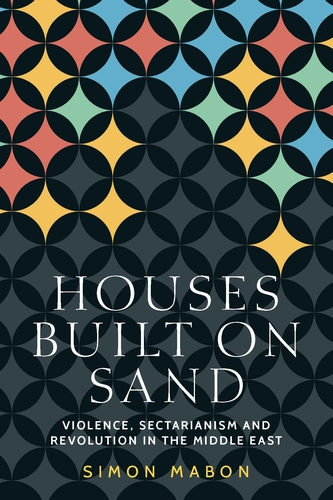 After the Arab Uprisings and the ensuing fragmentation of regime– society relations across the Middle East, identities and geopolitics have become increasingly contested, with serious implications for the ordering of political life at domestic, regional and international levels, best seen in conflicts in Syria and Yemen. The Middle East is the most militarised region in the world, where geopolitical factors remain predominant in shaping political dynamics. Another common feature of the regional landscape is the continued degeneration of communal relations as societal actors retreat into substate identities, while difference becomes increasingly violent, spilling out beyond state borders.

The power of religion – and trans- state nature of religious views and linkages – thus provides the means for regional actors (such as Saudi Arabia and Iran) to exert influence over a number of groups across the region and beyond. This series provides space for the engagement with these ideas and the broader political, legal and theological factors to create space for an intellectual reimagining of socio- political life in the Middle East.

Originating from the SEPAD project, this series facilitates the reimagining of political ideas, identities and organisation across the Middle East, moving beyond the exclusionary and binary forms of identity to reveal the contingent factors that shape and order life across the region.

Plans and politics in Tunisia

The Egyptian Muslim Brotherhood after the 2013 coup

Surviving repression tells the story of the Muslim Brotherhood following the 2013 coup d'état in Egypt. The Brotherhood gained legal recognition and quickly rose to power after the 2011 Arab ... More

The labour movement in Lebanon

The labour movement in Lebanon: Power on hold narrates the history of the Lebanese labour movement from the early twentieth century to today. Bou Khater demonstrates that trade unionism in the ... More

The Gulf States and the Horn of Africa

The Gulf States and the Horn of Africa takes a deep dive into the complexities of power projection, political rivalry and conflict across the Red Sea and beyond. Focusing on the nature of ... More

Violence, sectarianism and revolution in the Middle East

The events of the Arab Uprisings posed an existential challenge to sovereign power across the Middle East. Whilst popular movements resulted in the toppling of authoritarian rule in Tunisia, ... More

The struggle to shape the Middle East

Since 1979, the rivalry between Saudi Arabia and Iran - the two major powers in the Muslim world - has played a prominent role in shaping Middle Eastern politics. Political in nature yet couched ... More

Foreign policy and strategic alliances in an uncertain world

The year 1973 is usually considered the great equaliser among major oil producers. But the 'Visions' strategies of Saudi Arabia and the United Arab Emirates, a so-called middle power and small ... More