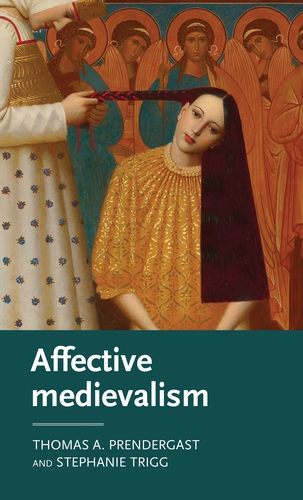 The series publishes monographs and essay collections comprising new research informed by current critical methodologies on the literary cultures of the Middle Ages. We are interested in all periods, from the early Middle Ages through to the late, and we include post-medieval engagements with and representations of the medieval period (or ‘medievalism’). ‘Literature’ is taken in a broad sense, to include the many different medieval genres: imaginative, historical, political, scientific, religious. While we welcome contributions on the diverse cultures of medieval Britain and are happy to receive submissions on Anglo-Norman, Anglo-Latin and Celtic writings, we are also open to work on the Middle Ages in Europe more widely, and beyond.

Prospective authors should send a proposal indicating the nature of the proposed volume, its intended audience, estimate of academic, educational and marketing potential, its likely length and potential rival works. The proposal form can be downloaded here.

Poetry, attention, and the mysteries of the body

Transfiguring medievalism combines medieval literature, modern poetry and theology to explore how bodies, including literary bodies, can become apparent to the attentive eye as more than they ... More

This book presents an important re-theorisation of gender and anti-Semitism in medieval biblical drama. It charts conflicts staged between dramatic personae in plays that represent theological ... More

Literary history and the medieval miscellany

This study brings new methodologies of literary geography to bear upon the unique contents of a codex known as British Library MS Harley 2253. The Harley manuscript was produced upon England's ... More

This book provocatively argues that much of what English writers of the seventeenth, eighteenth and nineteenth centuries remembered about medieval English geography, history, religion and ... More

By Thomas A. Prendergast and Stephanie Trigg

This book investigates the troubled relationship between medieval studies and medievalism. Acknowledging that the medieval and medievalism are mutually constitutive, and that their texts can be ... More

From Iceland to the Americas

This volume investigates the reception of a small historical fact with wide-ranging social, cultural and imaginative consequences. Inspired by Leif Eiriksson's visit to Vinland in about the year ... More

The gift of narrative in medieval England

This invigorating study places medieval romance narrative in dialogue with theories and practices of gift and exchange, opening new approaches to questions of storytelling, agency, gender and ... More

Riddles at work in the early medieval tradition

Capitalising on developments in the field over the past decade, Riddles at work provides an up-to-date microcosm of research on the early medieval riddle tradition. The book presents a wide range ... More

Enacting the Bible in medieval and early modern drama

The thirteen chapters in this collection open up new horizons for the study of biblical drama by putting special emphasis on multitemporality, the intersections of biblical narrative and ... More

Featuring essays from some of the most prominent voices in early medieval studies, Dating Beowulf playfully redeploys the word 'dating', which usually heralds some of the most divisive critical ... More