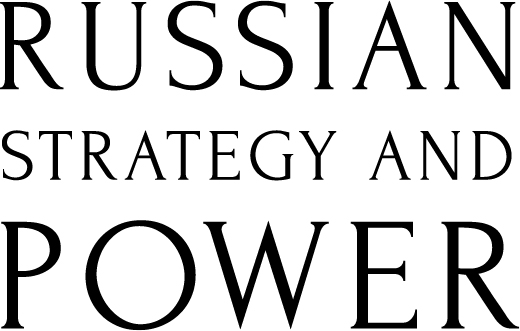 This new series explores the nature and dynamics of Russian Grand Strategy, examining the characteristics of Russian power, its various facets and features to shed light on how Russia works (and how it does not). In so doing, it brings up-to-date, peer-reviewed academic research to a wider audience.

An emergent over-arching theme in both US and UK politics is the return of ‘great power competition’, a theme which has Russia’s resurgence, what it means, and how to cope with it at its core. Indeed, Russia has become one of the most important topics in academic, think tank and public policy and practitioner debates, with senior officials arguing that Moscow has created a ‘new strategic reality’.

Moscow’s international activity – diplomatic, energy, military and economic – positions Russia not only as a prominent international actor but as a ubiquitous, global one. This is emphasised by Russia’s permanent position on the UN Security Council, and one of the world’s largest economies, sustained by energy, grain and arms exports. Furthermore, Russia’s military modernisation during the last decade made it one of the most important international military powers, raising important questions about wider strategic stability and the evolution of warfare.

And seen in the whole, therefore, Russia matters more to the Euro-Atlantic community than any other single international question because it weaves together questions of the evolution of wider international affairs from demography, climate change and energy security to politics and military modernisation, and from the nature of twenty-first century Europe to how the West approaches the wider world. Russia is also an important feature of specific disciplines, from security, energy, international governance to economics. Consequently, whether as a partner or competitor, for now and for the foreseeable future, Russia is of paramount importance and interest to the English-speaking world (not just the UK and USA, but also NATO and its global partnerships, including Australia and New Zealand).

Russian Politics Q&A with Andrew Monaghan, author of The New Politics of Russia

The struggle for balance in Europe

The relationship between Germany and Russia is Europe's most important link with the largest country on the continent. But despite Germany's unparalleled knowledge and historical experience, its ... More

Russian grand strategy in the era of global power competition

This book offers a nuanced and detailed examination of two of the most important current debates about contemporary Russia's international activity: is Moscow acting strategically or ... More

The new politics of Russia

This book examines Russian politics and how and why Russia's international relations have deteriorated to the point of inaugurating a new era of 'Great Power Competition'. It explores the ... More