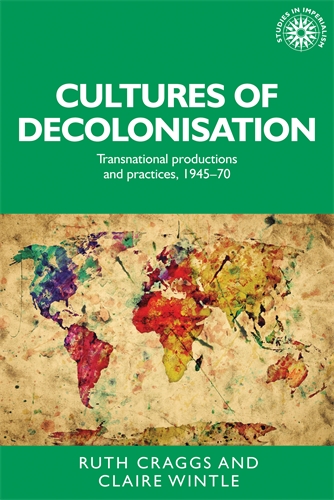 When the Studies in Imperialism series was founded by Professor John M. MacKenzie more than thirty years ago, emphasis was laid upon the conviction that ‘imperialism as a cultural phenomenon had as significant an effect on the dominant as on the subordinate societies’. With well over a hundred titles now published, this remains the prime concern of the series. Cross-disciplinary work has indeed appeared covering the full spectrum of cultural phenomena, as well as examining aspects of gender and sex, frontiers and law, science and the environment, language and literature, migration and patriotic societies, and much else. Moreover, the series has always wished to present comparative work on European and American imperialism, and particularly welcomes the submission of books in these areas. The fascination with imperialism, in all its aspects, shows no sign of abating, and this series will continue to lead the way in encouraging the widest possible range of studies in the field. Studies in Imperialism is fully organic in its development, always seeking to be at the cutting edge, responding to the latest interests of scholars and the needs of this ever-expanding area of scholarship.

Comic empires is a unique collection of new research exploring the relationship between imperialism and political cartoons, caricature, and satirical art. Edited by leading scholars across both ... More

Selective humanity in the Anglophone world

This is the first book to examine the shifting relationship between humanitarianism and the expansion, consolidation and postcolonial transformation of the Anglophone world across three ... More

Many missionary societies established mission schools in the nineteenth century in the British Empire as a means to convert non-Europeans to Christianity. Although the details, differed in ... More

The Bible, race and empire in the long nineteenth century

The break-up of Greater Britain

This is the first major attempt to view the break-up of Britain as a global phenomenon, incorporating peoples and cultures of all races and creeds that became embroiled in the liquidation of the ... More

Human capital and empire compares the role of Scots, Irish and Welsh within the English East India Company between c. 1690 and c. 1820. It focuses on why the three groups developed such ... More

The bonds of family

Slavery, commerce and culture in the British Atlantic world

Moving between Britain and Jamaica The bonds of family reconstructs the world of commerce, consumption and cultivation sustained through an extended engagement with the business of slavery. ... More