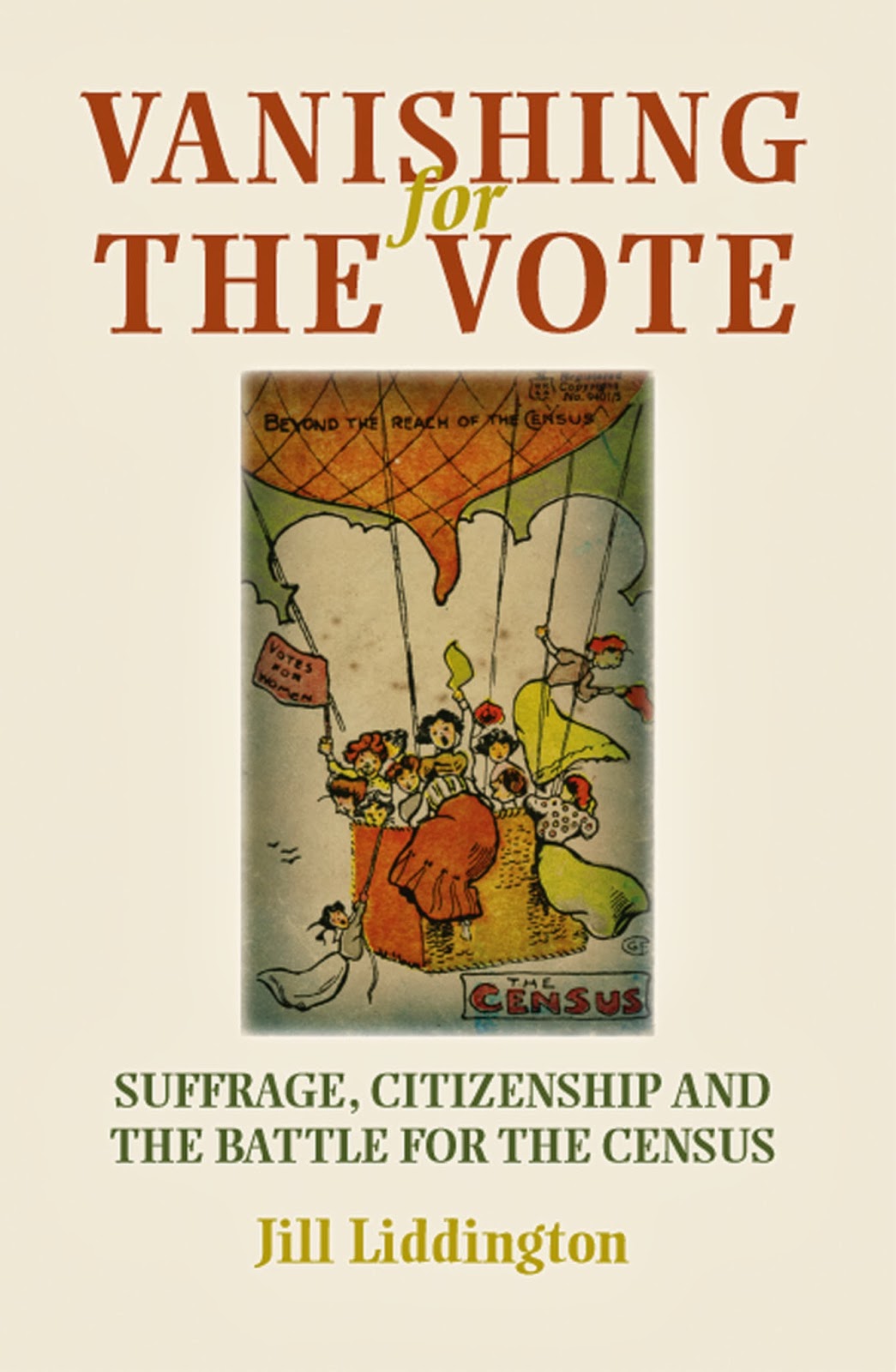 1911 was a time of frenzied political activity – including of course the Votes for Women campaigns. With the Liberal government’s forcible feeding of hunger-striking suffragettes in prison now in its second year, militant suffragette organizations called for a boycott of the census. Many did support the boycott.

The following 18 census schedules detail responses of those who refused to sign – ‘no vote, no census’.

Vanishing for the vote recounts what happened on one night, Sunday 2 April, 1911, when the Liberal government demanded every household comply with its census requirements. Suffragette organisations urged women, all still voteless, to boycott this census.

The book plunges the reader into the turbulent world of Edwardian politics, so vividly recorded on census night 1911. Based on a wealth of brand-new documentary evidence, it offers compelling reading for history scholars and general readers alike.

Sumptuously produced, with 50 illustrations and an invaluable Gazetteer of suffrage campaigners.