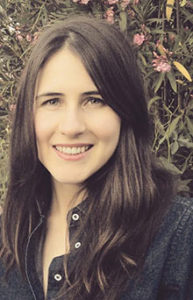 1.What book in this field has inspired you the most?

A tough question! I could name a dozen books off the top of my head which had a significant impact on my project. Perhaps the biggest single influence was the work of Ginette Vincendeau on stars and stardom, although it is hard to settle on a single book. I particularly love her writing style and the command she has over the material (not to mention the depth of her studies).

Yes. Perhaps the most surprising thing was the diverse films in which the figure of la Parisienne showed up. I wasn’t expecting to find her in the 1980s Parisian underground of Polanski’s Frantic, nor in the time-travelling Midnight in Paris, by Woody Allen, nor, for that matter, in the 1960s LA of Jacques Demy’s Model Shop. In terms of scholarship, the research took a somewhat rhizomic trajectory: even though there is a chronology there, this was not how the book unfolded to me. Following la Parisienne through the history of cinema, art and literature was rather like following an elusive and chimerical apparition through the labyrinthine streets of some eternal city.

Probably the variety and the interdisciplinary nature of the research. One moment I would be researching the French New Wave, or the paintings of Manet and the novels of Zola; the next I was reading back issues of Paris Vogue or nineteenth-century fashion journals. I also enjoyed writing the detailed scene analyses, moving from wide overarching cultural histories to the minutiae of the mise en scène and how the figure is rendered in cinematographic language.

4. What did you find hardest about writing your book?

Deciding which films to include and which to leave out. It was such a broad topic and there were so many wonderful films and actresses that I considered: Simone Signoret in Casque d’Or or Romy Schneider in La Piscine, for example, did not make it into the book. In one way, the decision was quite arbitrary – a question of space; in another way, certain films and performances made a strong impression on me. Also, I found myself sometimes opting for the least obvious examples, in order to better strengthen the argument (Emmanuelle Seigner in Frantic and Joan Crawford in Duvivier’s Reunion in France come to mind).

5. How did you feel when you saw your first published book?

A little stunned, to be honest. As a young academic you are told to expect many rejections and heartbreaks with your first book. To have a book accepted on my first try with a publisher like MUP was very much beyond my expectations. I am very grateful to MUP for giving me this opportunity.

6. Why did you choose to publish with MUP?

My book seems to fit well with what MUP is publishing in the area of Film and Cultural Studies. Then there is of course the high standard of the work they publish and the recognition these works receive. The staff were wonderful every step of the way.

7. Did you approach writing this book differently to any of your previous work?

With maybe one or two exceptions, my previous work dealt predominantly with cinema from a more narrow film studies perspective. In approaching this book, I consulted books on art history, visual culture, fashion theory and history, French studies, cultural studies and literary studies, as well the popular press from both the nineteenth century and today (including fashion magazines, blogs, and style guides). Whereas previous research had generally focused on one or two films, this project was much wider-reaching in its scope.

8. Have you had time to think about your next research project yet? What are you working on now?

The research I undertook for this book actually seeded my next project: a study of the transnational stardom of Franco-British actor Charlotte Gainsbourg. It is a kind of extension on what I wrote on her in the Parisienne book. I am also working on a study of the iconography of the French Riviera in cinema, something else which stemmed from the Parisienne project. 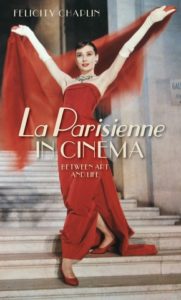 La Parisienne in cinema
Between art and life
Felicity Chaplin