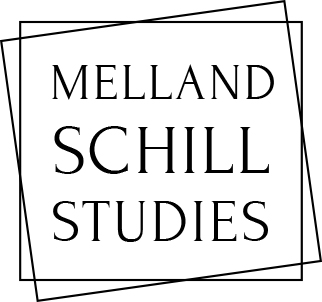 Originally associated with the Melland Schill Lectures at the Manchester International Law centre, this prestigious series brings together the very best scholarship, carefully curated by leading experts. Each volume tackles major issues and current developments in the field, and the series has moved beyond its earlier iterations to become a home for exceptional academic work from around the world.

Under the stewardship of new editors and published in a variety of digital editions as well as in print, this venerable series has been given renewed vigour.

On the history of the Melland Schill series:

In her will Miss Olive B. Schill of Prestbury, Cheshire, left a bequest to The University of Manchester in memory of her brother, Edward Melland Schill, who died in 1916 during World War 1. The income generated by this bequest was initially used to produce and publish a series of public lectures dealing with international law.
The Melland Schill Lectures, 1961—1974

Professor Ben Wortley organised this series of distinguished lecture(er)s, including Professor Quincy Wright on the role of international law in the elimination of war; Professor Robbie Jennings on the acquisition of territory; Sir Ian Sinclair on the Vienna Convention on the Law of Treaties; and Professor Dan O’Connell on the influence of law on sea power. On Professor Wortley’s retirement, his successor, Professor Gillian White, decided to replace the lectures with a monograph series, published by Manchester University Press, as this would allow the authors to develop their ideas more fully then they could in “five or so public lectures”.

Violence against women is characterised by its universality, the multiplicity of its forms, and the intersectionality of diverse kinds of discrimination against women. Great emphasis in legal ... More

The law of international organisations

This book provides a critical analysis of the definitions of war crimes and crimes against humanity as construed in the Rome Statute of the International Criminal Court.Each crime is discussed ... More

Law on the battlefield

This book, now fully updated and in its third edition, explains the law relating to the conduct of hostilities and provides guidance on difficult or controversial aspects of the law. It covers ... More

The law of international organisations

This new edition considers the unifying legal attributes that span vastly differing inter-governmental organisations, from the UN to the EU. A law of international organisations has become ... More

The boundaries of international law

By Hilary Charlesworth and Christine Chinkin

The first book-length treatment of the application of feminist theories to international law.. Its central argument is that the absence of women in the development of international law has ... More

The law of the sea

By R. R. Churchill and A. Lowe

Only comprehensive treatment of the contemporary international law of the sea in EnglishThis is THE standard text on the law of the sea, written in a non-technical styleNew edition completely ... More

The changing rules on the use of force in international law